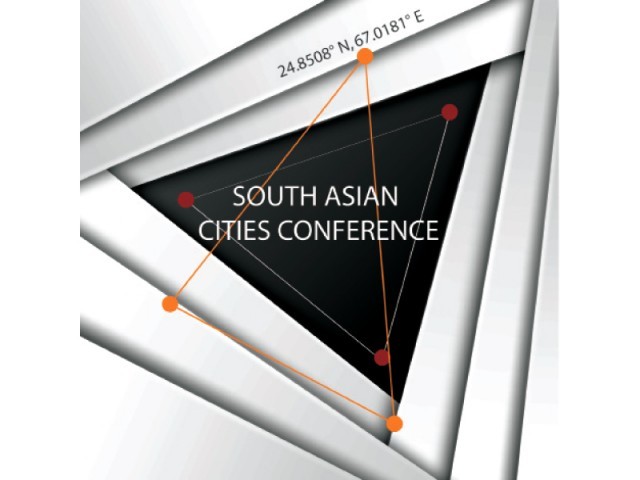 A woman cooks outside her hut along the railway lines in a slum area in Karachi. The city has seen a steady influx of people who migrate from rural areas in search of sustenance. PHOTO: FILE

Give our cities administrative and financial autonomy so they can work more at integrating with the rural areas, urged Dr Ishrat Husain during his keynote speech at the inauguration of the South Asian Cities conference on Thursday.

His point was arrived at after he succinctly worked through the links between rural and urban areas and their economies. “Cities and urban areas are magnets for [the industrial and services sectors] which benefit from migration of surplus and rural unemployed,” he said. Rapid economic growth is thus associated with urbanisation and this pace accelerates when there is migration from rural areas.

Institutions, infrastructure and incentives are three major determinants for the foundation of orderly and smooth urbanisation. “China has successfully managed both rapid growth and the pace of urbansation by investing in all three,” he said. African countries have experienced urbanisation without growth.

Industry and the services sector become magnets for the landless people who are unemployed. This is a win-win situation for rural areas and urban ones. People working in cities send money back home as remittances and the per capita income rises in the village. “So it is a misplaced notion to have either urbanisation or rural development,” he cautioned. “There should be a strategy to create synergies and this happens through rural-urban integration.”

One of the problems is that it costs more to invest in rural areas (say lay sewage pipes) because of distances. The per head cost is higher than for denser cities. But, the property tax, for example, can take care of the entire needs of Karachi. “So the population in rural areas can be supported by provincial finances,” he argued. “But this requires that the distribution of income between rural and urban becomes convergent at some point of time.”

Husain, who said he hailed from Hyderabad, wants to see more integration among large, middle and small cities with the rural areas. “Hyderabad can be a magnet for Badin, Matiari, Hala and Tando Mohammad Khan,” he said.

Also, investment has to be made in producing more products, which are demanded by the urban population. “As urban incomes rise, the demand for milk, dairy products, meat, fisheries, poultry increases,” he said. In fact, the incomes generated by producing milk are greater than what is produced by wheat or rice.

Rural areas in turn will demand consumer goods manufactured in urban areas, thus creating a cycle of interdependency. This is what policy makers need to nurture. “But for this to happen, [the urbanised areas], like mega cities have to be given autonomy, administrative and financial to manage their affairs.”

Unfortunately, the master plan for Karachi has been repeatedly breached. “Why is Islamabad still a well-managed city,” he asked. The answer is that it has not deviated from its master plan. That is why there are 500 katchi abadies in Karachi alone and 300 in Lahore. And of course, he mentioned overlapping parallel jurisdiction given that Karachi has 18 different authorities.

Husain also proposed discovering regional growth poles. To put it simply, he means taking advantage of being in a neighbourhood. In the 1980s, for example, China’s Shenzen area in Guandong province took advantage of being close to Hong Kong and started a special economic zone. “Here we can have regional growth poles, like Thar, Umerkot with Jaisalmer in Rajasthan, Amritsar, Ferozepur and Gurdaspur with Lahore,” he said, going on to link Peshawar with Jalalabad, Quetta with Kandahar, Chaggi with Zahedan.

Sindh Additional Chief Secretary for Planning Arif Ahmed Khan spoke of how he felt the conference would help everyone look at how we live and aught to live in this city of Karachi. Dr Nasir Javed, CEO, Urban Unit, of the government of Punjab said that he hoped the debate would help decision makers tackle their challenges. Chief Minister Qaim Ali Shah also spoke.