Pyromaniacs and the coal factor

Pyromaniacs and the coal factor 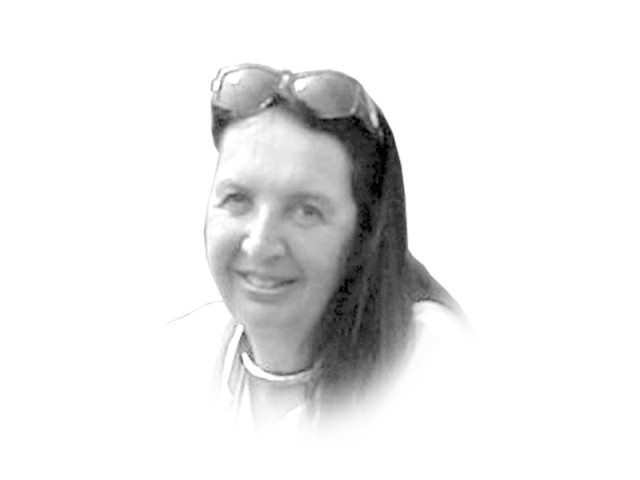 The writer is author of The Gun Tree: One Woman’s War (Oxford University Press, 2001) and lives in Bhurban

Bitterly cold and dry conditions have provided the perfect weather for the pyromaniacs’ annual spree right throughout the Galiat and across the Jhelum Valley in Azad Kashmir and this — the forecast remains largely the same until mid-February, at least, with just a few spatters of rain and the odd snowflake to break the monotony — spells trouble in more ways than one.

The pyromaniacs set fire to the forests to hide the theft of timber, claiming that: ‘No, this is to improve next year’s grazing’, which is patently untrue as few bother to keep livestock anymore and the burning actually kills off the ‘good’ grass while encouraging the tough, unpalatable, varieties to grow. The wholesale destruction of an increasingly fragile ecosystem causes, when it does snow or rain, landslides and destroys the habitat of creatures such as the barking deer who, right now, are crying out pitifully both in the day and night as their habitat goes up in flames.

According to meteorological reports, this has been the coldest winter in over 30 years — the temperature in Murree dropped to minus nine degrees centigrade with an added wind chill factor taking it down further to minus 15 degrees centigrade. There has, at the time of writing, been only one day of very little snow which melted as fast as it fell and the water situation is increasingly dire: women and children, armed with plastic containers, are walking miles in search of potable water already and there is no respite in sight. Huddled around small cooking fires in airless rooms, people are down with both eye and chest infections, refusing to accept that they themselves are part of the problem as their pyromaniac tendencies annihilate rain-attracting forest cover. The burning forests increase the amount of polluting particulates in the atmosphere and the low hanging smog, produced by the smoke, further reduces temperatures by blocking any warmth the winter sun emits.

The knock-on effect of this dry turning to drought winter, is already being felt by farmers down in the barani areas of the plains where, according to one seasoned agriculturalist, the wheat crop is already badly hit. This means, in turn and unless the weather pundits have got it wrong, a distinct possibility of massive crop failure which is bad news for all.

What the government, in its utter stupidity, has done though is treat the country to a song and dance routine about the first Thar desert coal-based power project, which is intended to pump an additional 600 megawatts into the electricity distribution system — due to be operational by the end of 2017 with additional coal-fired power stations in Sindh, Punjab and southern Balochistan, on the cards in both the government and corporate sectors — without, of course, uttering a single word about the adverse environmental effects on air quality.

Here in Pakistan though, whilst renewables such as solar and wind have generated much interest, those willing to bring renewable energy rapidly — and at less cost financially, environmentally and climatically — into the mainstream power generation production line, have had no real encouragement whatsoever.

Come on Pakistan, time to get it right for once!