Imrani was return­ing to his house in Iqbal Town when he was attack­ed by uniden­tified armed men.
By Kashif Abbasi
Published: January 8, 2014
Tweet Email 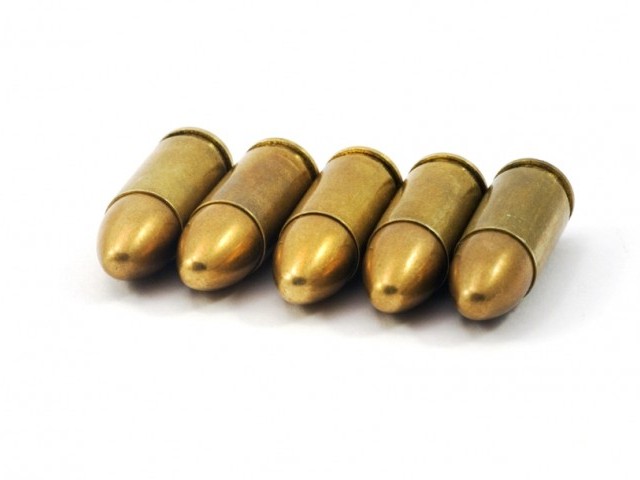 Imrani was returning to his house in Iqbal Town when he was attacked by unidentified armed men. PHOTO: FILE

RAWALPINDI: In what appears to be yet another sectarian incident in the garrison city in a span of three weeks, a religious leader was attacked by unidentified assailants on Wednesday, police said.

Nazir Hussain Imrani, imam of Qasr-e-Sajjad Imambargah, Iqbal Town, who is also a schoolteacher, was attacked by two unidentified assailants in Dhoke Kashmirian on Wednesday morning.

Police said Imrani was returning home on a motorbike after dropping his daughter off at school. When he reached Dhoke Kashmirian, two unidentified assailants riding a motorbike fired a volley of bullets at him and fled from the scene.

“It’s too early to say anything about the motive behind the killing, but in my opinion it seems like a sectarian attack,” said Sadiqabad Station House Officer Malik Allah Yar.

Speaking to The Express Tribune at BBH, Raja Zawar, a close relative of Imrani said they “collected 11 bullet casings from the crime scene, of which I think three to four bullets hit Imrani”.

Quoting the doctors, SHO Allah Yar said that Imrani had been shot in the chest and face and was in critical condition. A police contingent was deployed at the hospital to avoid any untoward incident.

The police said Imrani, 50, was the imam of Qasr-e-Sajjad Imambargah and was also a teacher at Government Jamia High School.

The Sadiqabad police registered an FIR of the incident against two unidentified assailants on the complaint of the imambargah’s caretaker.

Later, on December 17, a suicide bomber blew himself up in front of Asna Ashari Imambargah in the heavily-guarded Gracy Lane area, killing four including two police officials.

Meanwhile, the Rawalpindi chapter of the Punjab Teachers Association held a meeting at Jamia High School to condemn the attack.

“We demand immediate arrest of the attackers, failing which we will boycott our classes,” said the association’s General Secretary Azmat Abbasi.