She is recogn­ised for the Malala Fund, along with the Fund’s co-founde­r Shiza Shahid.
By News Desk
Published: January 8, 2014
Tweet Email 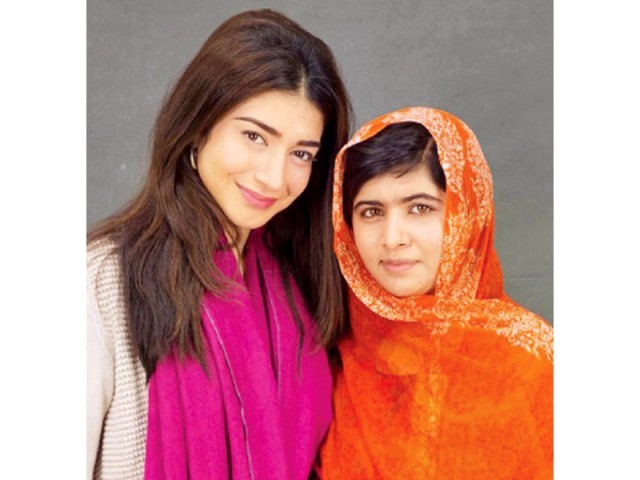 Just a week into 2014, Forbes magazine released its ‘30 Under 30’ list in which the business magazine recognises 450 young game-changers across 15 different fields. This year’s social entrepreneurship category features three Pakistani women who they believe are changing the world.

Malala Yusufzai gets a celebrated mention in the list for her campaign for girls’ education that has already won her many accolades. She is credited with co-founding the Malala Fund, and also on the list is her co-founder Shiza Shahid.

Shiza, a 24-year-old graduate of Stanford University, was also recently recognised by Time magazine in December last year, as one of ‘30 people under 30’ changing the world.

The CEO of the Malala Fund, Shiza is quoted in Forbes as saying that she hoped the fund would enable her to leverage Malala’s voice  in such a way that the energy surrounding the young activist is transformed into meaningful action.

The third Pakistani woman on the list is 25-year-old Khalida Brohi. She was only 16 when she witnessed the honour killing of her friend, reports Forbes. This experience led her to found Sughar, a non-profit organisation providing women with six-month courses on business and crafts.

Sughar aids village women in starting their small businesses so that they become financially independent.