Three kilogr­ammes of explos­ives were used in the bomb. Howeve­r, no human loss was report­ed.
By Our Correspondent
Published: January 8, 2014
Tweet Email 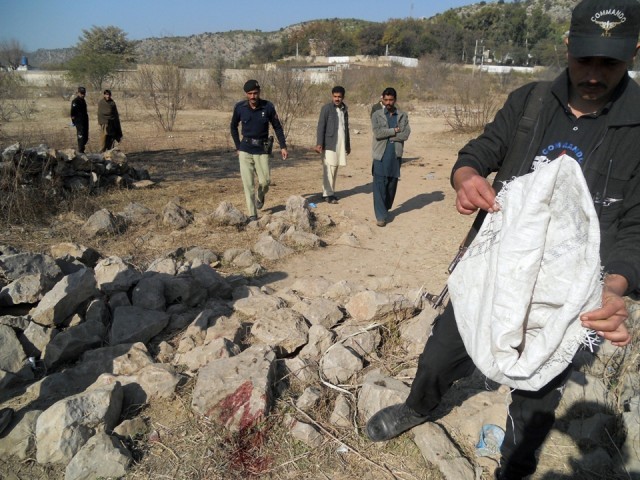 The explosive device, planted by unidentified militants, went off near the residence of Major Rekhmeen. PHOTO: AFP/FILE

A shop was destroyed in an explosion near the house of a levies official in Bahadur Bandha near Hangu on Tuesday morning.

Orakzai Agency Political Tehsildar Bashir Khan said the explosive device, planted by unidentified militants, went off near the residence of Major Rekhmeen at around 4am. He added a grocery shop was destroyed while the levies official’s house was partially damaged. However, no human loss was reported. Khan shared three kilogrammes of explosives were used in the bomb.

Rekhmeen told The Express Tribune he had not been threatened by anyone, but militant groups kept on issuing warnings to security force officials to quit their jobs immediately or face the consequences.

“The blast outside my house shows that I was the target, but fortunately no human loss occurred,” said Rekhmeen. He added he was currently deputed at the summer headquarters of Orakzai Agency, Kalaya.