Book launch: Writing a book to prod the govt to craft a security policy

Book launch: Writing a book to prod the govt to craft a security policy 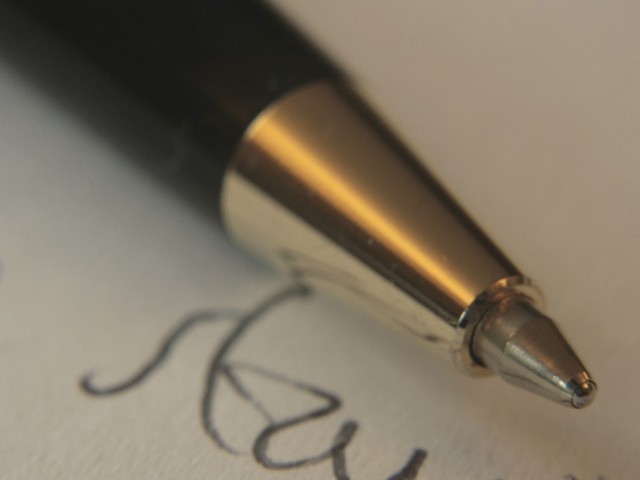 In unravelling the psychological and economic impact of the war on terror that has dominated the discourse in Pakistan since 9/11, defence and security analyst Rana Athar Javed felt the ambivalence of the new generation whose exposure to disappointment and deprivation was a threat to the future of a nation.

At the launching ceremony of his book “Biting the Silver Bullet,” Javed said, “It is the state’s responsibility to present a cohesive national security plan.” My book is an effort to rectify Pakistan’s external image as a nation ripe with violence and a prompt to the Pakistani government to develop a solid policy on matters of defence and security, he added.

“We need to craft a strong line of defence and rectify our legal system.” According to the author and director of the Denmark-based think tank, Pakistan House, there is not a more opportune time to assemble to craft a national security policy and to promote peace and harmony within the nation through its immense cultural potential.

“History enlightens us with intellectual and poetic discourse between parties and people, and the promotion of culture, language and tourism can bring harmony and stability to the nation as it has in the past.”

Maj. Gen. (retd) Anees Bajwa branded terrorism an amorphous phenomenon which could only be fought through ideology and not just force. “The scope of a security policy extends beyond the territorial and engages culture, economics, trade, health and energy.”

Al-Jazeera’s correspondent for Pakistan, Kamal Hyder said there was a need to find internal solutions in order to be on an equal footing with allies in the war on terror. “We have been a country for over six decades but we are still struggling to become a nation,” he added.

With the drawdown of US and NATO troops in Afghanistan this year, Javed’s book is a warning bell to preserve the future of a nation whose resilience can only take it so far.