Source­s close to former presid­ent deny report­s that his London accoun­t has been frozen.
By Our Correspondent
Published: January 7, 2014
Tweet Email 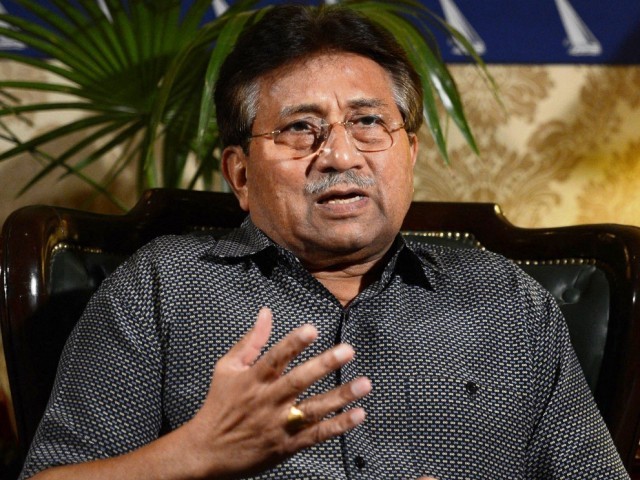 Pervez Musharraf gestures during a press conference in Karachi on March 31, 2013. PHOTO: AFP/FILE

Federal Information Minister Pervaiz Rashid has said if former president Pervez Musharraf’s bank accounts are illegal, they should be frozen.

He was talking to Javed Chaudhry, host of the Express News programme ‘Kal Tak’.

Several news channels reported on Monday that a London bank account of the former president had been frozen. According to the reports, the account was frozen after it was learnt that Musharraf did not disclose that he was a former head of state while opening it. They said authorities had started investigations, both against Musharraf and the bank manager who opened his account.

Sources close to the former president, however, termed the reports ‘baseless and false’.

Talking to Express News, Maj Gen (retd) Rashid Qureshi denied any of Musharraf’s accounts had been frozen and said the former president’s associates were trying to find out the source of the reports.

Meanwhile, speaking to Javed Chaudhry, Pervaiz Rashid said Musharraf is ‘within the clutches of the law  rather that the grasp of the government’.

“Any decision on his fate will be made by the court,” he said. “The court will decide whether he committed a crime or is an innocent person… the government does not have the authority to keep him in the country or send him abroad,” Rashid added.

The minister said the treason case against Musharraf was initiated on the Supreme Court’s orders and Saudi Arabia, the US, UK or any one else had said anything to the government on the matter.

He urged Musharraf to appear before the court and try to convince the judges of his innocence.