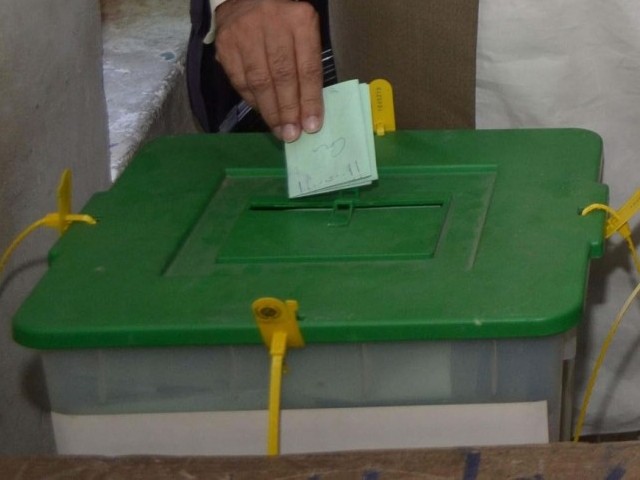 While ground realities suggest that holding local government elections in Sindh and Punjab is not possible in light of the decisions of the provinces’ respective high courts, the Election Commission of Pakistan (ECP) is still shying away from making the announcement.

On Monday, instead of making the announcement, the commission has approached the Supreme Court for assistance over the issue.

“We have filed an application before the Supreme Court,” a senior ECP official told The Express Tribune, on Monday.

The application, he said, has requested the court for an opportunity to submit the ECP’s point of view in the Sindh government’s case fixed for January 8.

On Saturday, the Sindh government had challenged the Sindh High Court (SHC) ruling against the delimitation process. The SHC ruling was challenged at the Karachi Registry of the apex court and the matter has been fixed for hearing on January 8 in Islamabad.

“We will ask the court to guide us,” said the senior ECP official, adding, “along with the situation of the SHC decision we will also apprise the court of the Lahore High Court (LHC) judgment.”

Responding to a question, he said, “We will tell the court that holding of elections in the given circumstances is not possible as per the schedule.”

According to the polling schedules, polling in Sindh is scheduled to take place on January 18 and in Punjab on January 30.

Advocate Muhammad Akram Sheikh filed a civil miscellaneous application in the apex court on behalf of the ECP, requesting that fresh directions be given to the commission about holding LB polls in Punjab and Sindh.

Sheikh submitted that the entire delimitation of wards is no more in existence.

“The panel system envisaged under sub-section (12) of section 18 of the Sindh Local Government Act, 2013 in the Union Councils/Committees of the province and the provisions of sub-section (14) of the said section which debar independent candidates to contest elections if they fail to form a panel has been declared to be violative of the constitution and the law”.

In addition, the commission informed the court that printing of ballot papers was not possible in the previously set dates as, and that in this respect, the Printing Corporation of Pakistan (PCP) Islamabad and Pakistan Security Printing Corporation (PSPC) Karachi had asked that the deadline be extended.

The ECP’s counsel has also pointed out that printing of ballot papers can only start after the list of contesting candidates is issued.

“In a short period of three days, it is impossible to print 300 million ballot papers and distribute them among 228 Returning Officers across the province of Sindh before the day of polls,” he added.

Sheikh also stated that a similar situation was being faced in Punjab. He further said that a PSPC representative had conveyed to the ECP that they would start printing 250 million ballot papers for Punjab after completing their assignments regarding the province of Sindh, and for that matter, they would need at least 25 days for printing in Punjab.