Local influe­ntials had picked the locks, she says.
By Our Correspondent
Published: January 7, 2014
Tweet Email 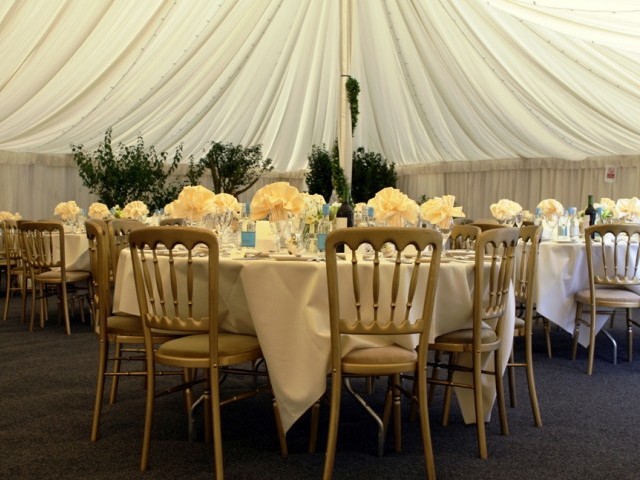 Local influentials had picked the locks, she says. PHOTO: FILE

Education Executive District Officer Shahida Sohail on Monday suspended from service the headmistress of an elementary school for allowing some “influentials” to arrange a wedding ceremony on the school grounds.

A spokesman for the Education Department told The Express Tribune that a wedding function had been organised at the Government Elementary School 1, Ayub Colony, on Sunday.

The EDO took serious notice of the incident and ordered a departmental inquiry against the headmistress of the school and suspended her.

Headmistress Amatul Mateen said, “Local influential persons had arranged the wedding on the weekend (Sunday) without my permission.  They picked the locks on the school’s gates. It is not my fault.” She said that the Education Department should have supported her as “I did not allow them to arrange the wedding nor did I give them the keys,” she said. “The executive district officer’s orders against me are highly unfair.”

Responding to a query, the headmistress said, “I would have lodged an FIR against the trespassers but the EDO’s orders against me have taken away my ability to do so.”

The EDO responded to the headmistress’s statement, saying, “It was Mateen’s responsibility to file a complaint when she saw the people picking the locks…she shirked her duty and has been suspended for it.” The EDO told The Express Tribune that she could not take any steps against the people who had arranged the wedding. “The headmistress should have done that… it was her responsibility,” she maintained.