Riyadh will be asked to use its ‘good offices’ and help broker a peace deal with Taliban. 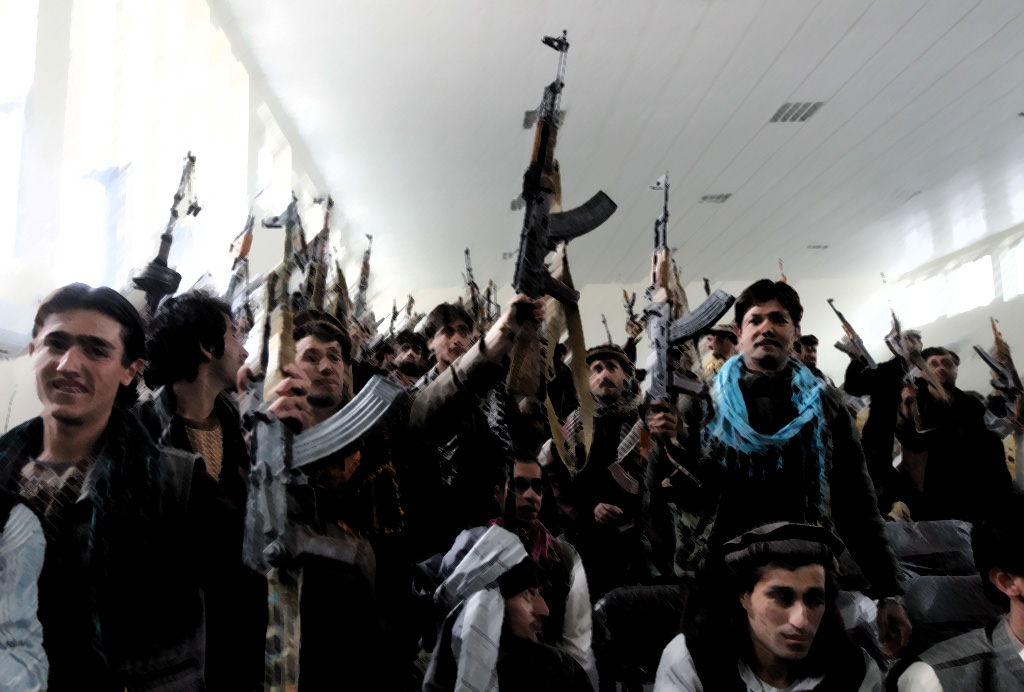 A senior leader from a religious party said Riyadh could use its ‘financial leverage’ over the Taliban. PHOTO: REUTERS/FILE
ISLAMABAD:

Pakistan is planning to enlist Saudi Arabia’s help in brokering a peace deal with the Tehreek-e-Taliban Pakistan (TTP) in its quest for peace in the long term.

When Saudi Foreign Minister Prince Saud al Faisal meets Pakistani officials during his two-day visit beginning today (Monday), one of the key agenda items would be to explore the possibility of Riyadh’s role in the government’s peacemaking efforts, The Express Tribune has learnt.

The Pakistan Muslim League-Nawaz government is struggling to revive the nascent peace efforts ever since the killing of TTP chief Hakimullah Mehsud in a drone strike in November last year. His successor Mullah Fazlullah has so far refused to respond to the government’s peace overtures.

Sources familiar with the development disclosed that Prime Minister Nawaz Sharif was likely to request the Saudi foreign minister to use his country’s ‘good offices’ in persuading the TTP and its affiliates to come to the negotiating table.

The Saudi foreign minister will meet President Mamnoon Hussain, Prime Minister Nawaz Sharif and his Adviser on National Security and Foreign Affairs Sartaj Aziz. Saud al Faisal is also expected to meet prominent religious leaders, including chief of his own faction of Jamiat-e-Ulema Islam (F) Maulana Fazlur Rehman as well as Maulana Samiul Haq, who is known as the father of the Afghan Taliban.

A senior foreign ministry official did not confirm religious leaders’ meeting with the Saudi foreign minister. However, sources told The Express Tribune that both these leaders were likely to meet the top Saudi diplomat at the sidelines of the reception being hosted by the prime minister. Their meeting is likely to focus on efforts to strike a peace deal with the TTP.

Both Rehman and Samiul Haq, who are considered close to the Saudi rulers, are intensifying efforts to bring the TTP to the negotiating table as most of the militants studied at their seminaries.

Another official pointed out that the government believes Saudi Arabia could use its ‘clout’ over some of the TTP affiliates for an agreement.

When contacted, a senior member of the federal cabinet insisted that the Saudis were careful in getting involved in the process considering the TTP’s links with al Qaeda.

However, a senior leader from a religious party said Riyadh could use its ‘financial leverage’ over the Taliban. “Money matters a lot for these groups (TTP) and the Saudis can buy anything,” said the leader, who requested anonymity because of the sensitivity of the issue.

But a government official said it was unclear whether the Saudis would be willing to play a role as they have their own interests in the region.

Defense analyst Lt Gen (retd) Talat Masood is of the view that Riyadh could influence the TTP by squeezing their funding which comes from the Gulf countries, including Saudi Arabia.

“Secondly, they (the Saudis) can use their links directly or indirectly to persuade these groups for talks,” he told The Express Tribune.

Jan Achakzai, a spokesperson for the JUI-F chief, said that as Saudi Arabia was a friend of Pakistan it could help the country’s peace efforts.

“But the fact of the matter is that we haven’t evolved a consensus on how to execute the peace plan. Hence the question of seeking help from Saudi Arabia is premature at this stage,” he argued.

Breaking the ice again: In overture to TTP, PM reaches to Samiul Haq 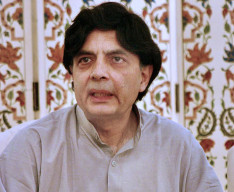 Talks with Taliban: New strategy to be unveiled soon 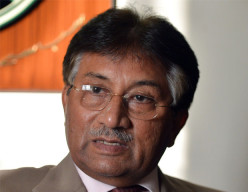 Exile in the making: Musharraf may leave country under ‘clandestine deal’ 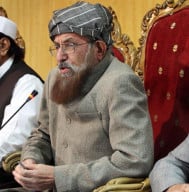 a very wrong and misguided article.. KSA funded taliban till 9/11 and that time they were also our heroes.. after that it was not easy to funded them and when USA occupied afghanistan.. it was not easy to funded them from pakistan also as in not only in our country all over the world US has very strong intellegence network, if they can spy on german chancellorthen they can trace funding to taliban in a few minutes.. this article has just written for as a writing practice...KSA cant funded them otherwise US will destroy KSA economy in a few days

@Mir: Yea can you explain why india operates 10+ offices in Afghanistan when their people are dying of poverty??? Give me a reason to beleive it has nothing to do with taliban and also deny the sworn affidavits given by indian army general recently claiming that hindu extremists were behind sanjotha express & 26/11 ????

Saudi Arabia doesn't seem to be a friend of Pakistan.

Good Offices?? I think their GOOD OFFICES have killed more Pakistanis than the BAD OFFICES of India !! How blind can one get !!

And now we can plainly see the reason for the creation of the Taliban.

So the Saudi Government, which was instrumental in causing the 9/11 disaster, is being asked to solve the problem they created, but which the poor old Taliban got the blame for. believable.

The best part of the story which fits everywhere in our case is we want mediation from third force to solve issues in our country. First we get these forces to help us achieve collective objectives and than we want the same to solve the mess resulting from the same inside our country. We have to get our house in order before pointing fingers at anyone else. The common man is facing the brunt of law lawlessness, corruption, nepotism and self centered policies of our rulers. The world is changed now and no one will respect those who do not respect themselves.

Speak the truth and Stop fooling the nation about elements which were created by the forces who are still controlling them. Everything in today's world is controllable.

How on earth can you colonize them when your countries don't even share a border?

Besides, you've already got problems trying to control your 4.5 provinces so I don't think you want the headache of controlling the gulf states.

@Junaid Ahmed: The funding may not be by the over meant of Saudi Arabia but by rich individual Saudis. It is a matter of record hat when Taliban were in power in Afghanistan during 1996-2001 only 3 countries recognized that regime: Pakistan, UAE and Saudi Arabia. So Saudi Arabia's support for Taliban is hardly hidden.

As long as money is nit being funneled through western banks - there is very little US can do to stop the money laundering flows except to put pressure on over meets to improve their anti-money laundering organizations. That it has been doing.

Pakistan should invade the Gulf Arab states and colonize them. They're so weak they'll crumble easily.

A good Taliban is a dead Taliban. When will you learn this lesson?

Saudis are here to oversee their training facilities located all over Pakistan for creating mercenaries for Syria with the help of Pakistan Army and State of Pakistan.

It's official Taliban have been created and financed by our friend Kingdom of Saudi Arabia which in turn have killed and maimed innocent civilians and army personal.Well done the politicians of our beloved country!!

This story really does not make sense. If Saudis are funding the Talibans, why is the US letting them do it? Taliban leaders are on the wanted list of US security agencies and US ally Saudi Arabia is funding them? And on top of that there are also suspected links between TTP and Al Qaeda?

The author should be writing thriller novels, not news articles!

So Saudis have been financing the killings of 50,000 Pakistanis. And we still want to keep relations with them?

Wait...so the Gulf countries support the Taliban but Pakistanis still try to befriend the Arabs?

And you guys still think Indians, Afghans, Israelis and Americans are your enemies?

Crazy how you need the help of a foreign nation to deal with terrorists in your own country?? TTP are now far beyond all of that. Their hero Bin Laden was an open enemy of KSA and its ruling family.

The only way to deal with the TTP (khawarij) is a serious military operation. But with so many turncoats, and insincere politicians about....Im not holding my breath

When Pakistan seeks its security objectives, it'll start to reign in the Taliban. It can do so right now, but it won't.

This is all just a ploy.