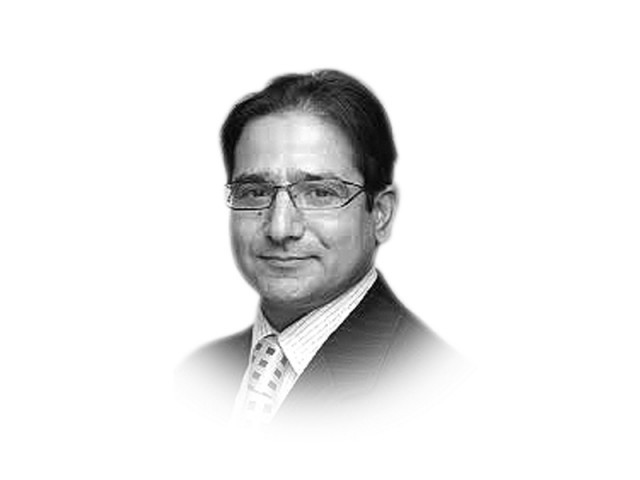 The writer is an economist and a PhD from Cambridge University.

Money in its various forms dominates the world, on all levels — individual, familial, communal, social and international. In the monetary systems adopted by almost all countries, it takes the shape of paper notes and coins. Individual wealth, corporate assets and national production are all denominated in terms of one currency or the other. Money creation through the banking system has for some time been criticised by monetary reforms groups, and there is an apparent interest in Pakistan to replace interest-based money with gold-based money. Those who criticise the interest-based monetary system, side with those who believe in a definite link between money supply and inflation. However, one may claim that the problem is not having paper notes and coins as a legal tender but the use of an interest rate mechanism on part of the government to create more diluted versions of money in the form of M1 (coins and notes in circulation plus demand deposits with the banks), M2 (M1 plus time deposits and foreign currency accounts held with the scheduled banks) and M3 (M2 plus some other highly liquid instruments like different national saving certificates).

In Pakistan, the total amount of notes and coins in circulation and current accounts held with banks (also known as M0 or narrow money) by the end of August 2013 were more than Rs2.5 trillion. Given the population of 195 million, one can assume that Rs12,820 should be available to each man, woman, and child living in Pakistan. Assuming an average family size of six, this amounts to about Rs77,000 per household. The gross national product (GNP), on the other hand, at the end of the fiscal year 2012-13 (June 2013) was recorded to be about Rs10.4 trillion. In this context, it seems as if Pakistan is not flooded with an excess of notes and coins. However, when one looks at the figures on M1, M2 and M3, it seems as if interest-based borrowing is significant in the country.

Merely looking at M0 may imply that inflation in Pakistan is not necessarily a monetary phenomenon. Before one can enter into a discussion on the nature of inflation in Pakistan, it must be clarified that inflation in the country, contrary to the hue and cry shown by the national media, has very much been in control in the last five years, and in fact went down from 25.55 per cent in August 2008 to 9.08 per cent in October 2013, before surging again to double digits (10.9 per cent) according to the most recent data at the end of November 2013. It is fair to state that the previous government, despite all its failings, succeeded in checking the inflation rate. It will, however, be a challenge for the current government to keep a lid on prices given the sliding value of the rupee against major world currencies, especially the US dollar.  It is widely believed that the incumbent government will miss its target of eight per cent annual inflation for the fiscal year 2013-14 if the current rise in prices continues.

Any economy that relies heavily on imports, of which Pakistan is an example, the deteriorating value of the national currency becomes a major source of inflation. Although there is no consensus amongst Pakistani economists on the short-run effect of depreciation of the rupee on prices, the disagreement is less on the long-run relationship. In Pakistan, an effective exchange rate policy can help the government bring down inflation. This then brings into consideration export competitiveness of the country and the foreign remittances sent home by overseas Pakistanis. More so, the government has to choose between agreeing to an economic package offered by multilateral organisations like the International Monetary Fund (IMF) or borrow from other sources (international or domestic) with less stringent conditions related to maintaining and managing an exchange rate regime. The previous government did not opt for any new economic package with the IMF, and as a result, was in a better position to manage its exchange rate regime than the present government, which faces a myriad of restrictions from the IMF. Consequently, it is very likely that the expected increase in inflation during the PML-N government will come from the depreciation of the rupee against other world currencies, particularly the US dollar.

Monetary theory has by and large ignored one aspect in its treatment of money, and that is income disparities and the accumulation of wealth. Although the velocity of money (the frequency with which money changes hands) is incorporated into monetary theory, in most cases it is assumed that it remains constant. This assumption leads to the conclusion that an increase in money supply may lead to either an increase in national income (mostly in the long run) or an increase in prices (in the short run) or both. However, in countries with huge income disparities and concentration of wealth, it is very likely that an injection of new money stock in an economy may very quickly end up with the wealthier segments of the economy and hence get hoarded. If this happens, then the velocity of total money stock is expected to go down, which may result in no significant increase in prices or national income. Money in this context may prove to be neutral, at least as long as the money remains hoarded. In case the wealthier segments use the additional money in buying some assets like property and similar non-business assets, it may very well increase prices of such items, not necessarily pushing up the general price level. There is a need to look into this aspect of monetary injection. If this may be the case in Pakistan’s economy, then the government should prefer borrowing from the central bank as compared with international lenders or multilateral organisations like the IMF. However, for this policy to work effectively, there should be strict capital controls and restrictions on transferring money abroad in the form of foreign currencies.