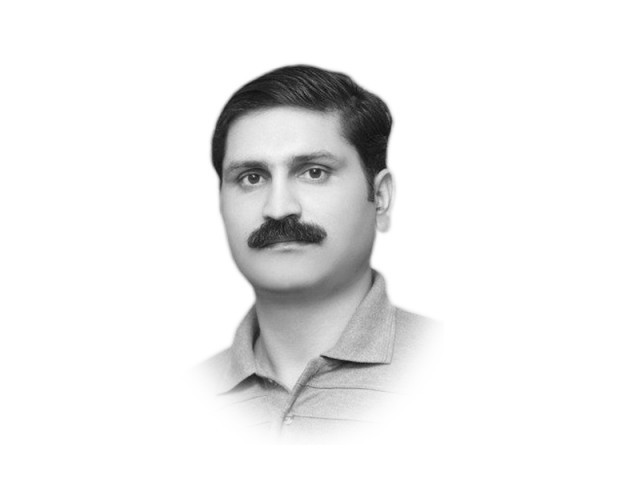 I cannot help but wonder if there is any competition among politicians for using air travel for the most trifling of visits? The trend is indeed ironic in the wake of the lofty austerity claims made by lawmakers from the PML-N and the PTI. Are these trips being made in the interest of public?

The ‘protocol ambition’, which started from the use of slick Prado vehicles, by politicians, has now moved on to short-distance travels on helicopters. This extravagance is simply a message of superiority. Air travel, either from the public coffer or private money, is an incongruous act by politicians of a country where people are committing suicides and dumping their kids in canals to break free from the clutches of poverty.

Last week, Punjab’s food minister decided to check prices at a ‘Sasta Bazaar’ in Sahiwal — on a helicopter. This is something that is hardly new. The son of the Punjab chief minister, Hamza Shahbaz, and Punjab Law Minister Rana Sanaullah are guilty of similar extravagances in the recent past.

I, being a common citizen, am in shock to see political leaders using helicopter/jets to ‘check prices’, as checking prices is clearly the duty of the district administration. Granted, the Punjab government owns a helicopter and a jet for the chief minister and the governor’s visits to far-flung areas but these can only be used by other officials, including the chief secretary, home secretary and the inspector general of police, in the wake of a calamity, a heinous crime or a natural disaster.

But unfortunately, the provincial ministers, the chief minister’s son and other officials are using aircraft to check prices of food items and for their visits to random public ceremonies.

Moreover, the Khyber-Pakhtunkhwa chief minister went on a designated plane to attend the wedding ceremony of his friend’s son.

Who will stop this culture of ‘royal’ visits, which is highly inappropriate in a crisis-hit economy? The use of aircraft by officials is certainly not in harmony with the purpose for which these aircraft are purchased and maintained.