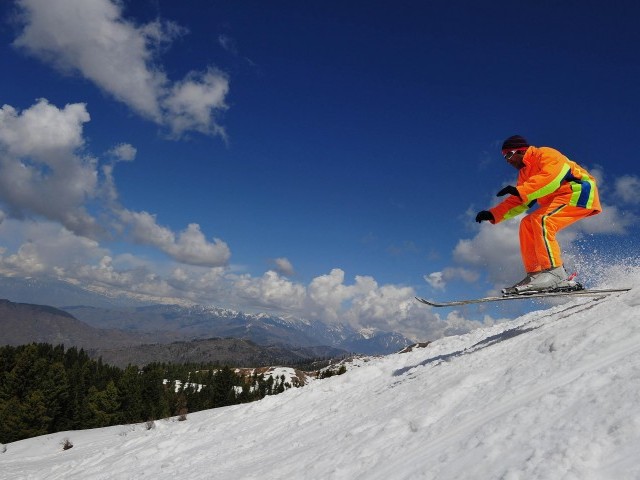 The Ski Federation of Pakistan (SFP) fears that the country’s athletes who qualified for the Winter Olympics this year might miss the mega event in February due to the ongoing conflict between the Pakistan Olympic Association (POA) and Pakistan government.

SFP secretary Musarrat Ali said that the federation has spent around Rs2 million this month on the athletes to participate in the International Ski Federation races in Turkey.

He confirmed that although the two female athletes failed to qualify for the Winter Olympics, all three male skiers are eligible to represent the country in Sochi, Russia next year.

The IOC and OCA have given a deadline to the Pakistan government till January 2013 to proceed with the IOC charter.

The government as yet has failed to start the process of finishing the parallel bodies in different sports. As a result, the government’s lethargy might cause Pakistan to miss out on the Winter Olympics next year.

Set up something temporary for now, says Ali

“We need a solution,” Ali told The Express Tribune. “We’ve spoken to the government officials and all the concerned parties, but this issue only spells out uncertainty for us.

“Our athletes will suffer at the end of the day. Winter Olympics is a big event but unfortunately, in Pakistan it isn’t regarded the same way as the Summer Olympics.”

Ali further said that the federation is prepared for Sochi and they are hoping for the government to solve the problem.

“It’s only going to dampen the spirits of our athletes if we miss this,” said Ali. “They have given their all for the 2014 event. We are just asking for an interim set-up for the Winter Olympics.

“Our request to the government is to set up something temporary for now, because this conflict can take another year or so. But we need to represent Pakistan in Sochi.”

Meanwhile, The Express Tribune made attempts to contact the Federal Minister of Inter-Provincial Coordination Mian Riaz Hussain Pirzada, but he was unable to comment on the issue.

The SFP has planned to send teenager Karim to Sochi with Nawaz, while Abbas will be a standby for the games.