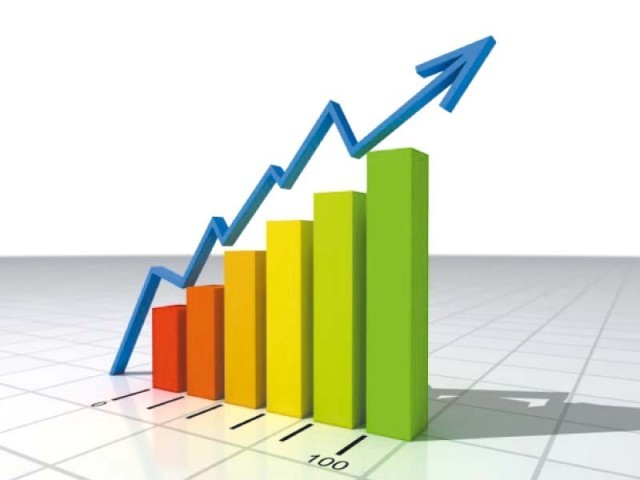 With emerging clarity on the likely trend of the monetary policy in 2014, leading banks look set to benefit from widening spreads, decreasing non-performing loans (NPLs) and the government’s offloading of stakes in the banking sector.

Speaking to The Express Tribune, BMA Capital Management CEO Moazzam M Malik said his brokerage house is bullish on the banking sector, which will likely post healthy returns in the coming year.

“We are in the International Monetary Fund (IMF) programme and have already seen a 100 basis points (bps) increase in the discount rate so far. I foresee another 50-100 bps hike in January. By the end of fiscal year 2014, the discount rate should be 11%,” Malik said, noting that an increasing discount rate will improve overall margins for banks.

“We believe the interest rate hike in early 2014 will provide a further boost to (banks’) core margins,” said Foundation Securities’ research analyst Syed Asad Ahmed, who added that the full impact of the 100 basis points increase in the discount rate during the last four months will become more visible in the future given the usual lag in asset re-pricing.

Stocks to look out for

“We see a lot of foreign interest in NBP. People are asking questions about it,” Malik said.

He downplayed the possibility that the Prime Minister’s Youth Loan Scheme, launched in part through NBP, may go haywire, hurting the bank’s balance sheet with rising non-performing loans (NPLs).

Saying that the Rs100 billion scheme will have other participating banks as well, Malik noted that the size of its participation, the extent of non-performance against some portion of total loans and the total loan portfolio of the bank will determine the ultimate impact on its share price. “It’ll be interesting to watch NBP’s performance in 2014,” he said.

With regard to Bank Alfalah, Malik believes it will do ‘phenomenally well’, especially if the Warid Telecom deal goes through in 2014.

According to Taurus Securities, Bank Alfalah holds an 8.24% stake in Warid Telecom and has made an investment of Rs4.37 billion since 2004. Warid Telecom is up for grabs and the expected value of the deal is $600-700 million.

“If the deal goes through, it will give an exceptional boost to Bank Alfalah’s share price,” Malik said.

As for ABL, it is one of the two banks from which the government is going to sell its stake in 2014 as part of its privatisation drive. The government owns a 12% stake in the bank. The stake is estimated to be valued at about Rs11.6 billion.

According to AKD Securities Head of Research Raza Jafri, the offloading of the government’s stake will have a positive impact on medium-term price discovery in ABL, which suffers from an illiquidity discount.

According to a recent survey that KASB Securities conducted among 25 domestic asset managers, banks and corporate entities to gauge their equity market outlook for 2014, 23% respondents said the banking sector is expected to outperform the benchmark index next year.

Moreover, Bank Al Habib and Bank Alfalah were two of the five most popular names that the respondents mentioned when asked about their “single top pick for 2014”.