More than 6,650 people have been killed in Iraq since the beginn­ing of the year.
By AFP
Published: December 24, 2013
Tweet Email 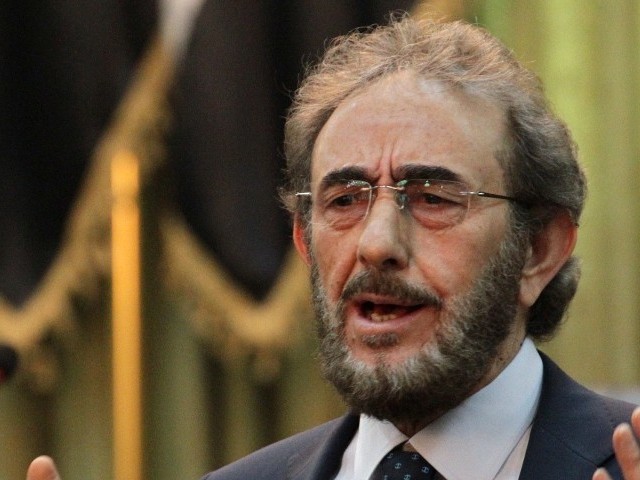 BAGHDAD: A bomb struck the acting Iraqi defence minister’s convoy west of Baghdad on Tuesday, wounding two of his guards, the ministry said.

The roadside bomb hit Saadun al Dulaimi’s convoy as it travelled between Fallujah and Ramadi, “wounding two of his guards and damaging one of the vehicles,” spokesman Mohammed al Askari was quoted as saying.

Askari did not specify whether or not Dulaimi was travelling in the convoy at the time of the attack.

The bombing comes after five senior officers, among them a divisional commander, and 10 other soldiers were killed on Saturday during an operation against militants in Anbar province, where Dulaimi’s convoy was travelling when it was attacked.

The Iraqi government responded by launching an operation dubbed “Avenge the Leader Mohammed,” named after the divisional commander who was killed, and Askari said on Monday that Iraqi forces had destroyed two militant camps in Anbar.

Such camps have proliferated in areas near the border with neighbouring Syria, where a brutal civil war has bolstered militant groups and fuelled violence in Iraq, Askari said at the weekend.

Speaking to AFP, he said aerial photographs and other information pointed to “the arrival of weapons and advanced equipment from Syria to the desert of western Anbar and the border of Nineveh province”.

This has encouraged militants linked to al Qaeda to “revive some of their camps that were eliminated by security forces in 2008 and 2009,” Askari said, adding that aerial photos showed 11 militant camps near the border with Syria.

“Photographs and intelligence information indicate that whenever there is pressure on armed groups in Syria, they withdraw to Iraq… to regroup and then carry out terrorist operations in the two countries,” Askari said.

Violence in Iraq has reached a level not seen since 2008, when Iraq was just emerging from a brutal period of sectarian killings.

More than 6,650 people have been killed in Iraq since the beginning of the year, according to AFP figures based on security and medical sources.