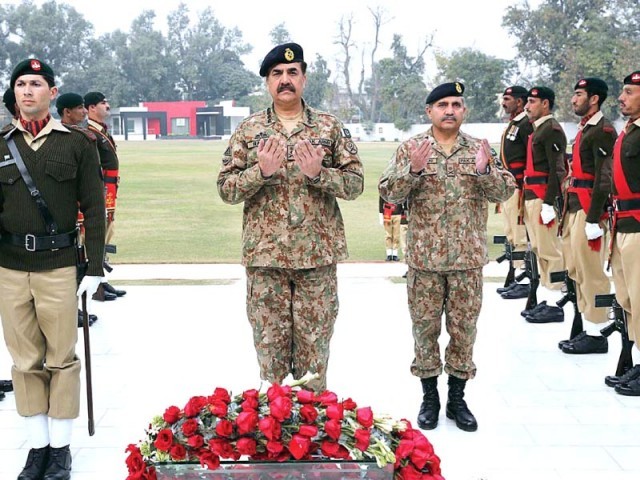 General Raheel stressed that terrorist attacks would not be tolerated and would be responded effectively, said the ISPR statement. He was paying a maiden visit to the Corps Headquarters after assuming the office of the COAS.

Earlier, on his arrival at Peshawar, the army chief was received by Corps Commander Lieutenant General Khalid Rabbani.

According to the communiqué, the COAS laid a wreath at Yadgar-e-Shuhada on his arrival at Peshawar and paid tribute to the martyrs who sacrificed their lives for the defence of motherland.

Later, he was briefed in detail at the Corps Headquarters about various operational, training and administrative matters.

The COAS appreciated the infrastructure-building and reconstruction work being undertaken by the army for socio-economic benefit of the local population of Fata and Malakand.