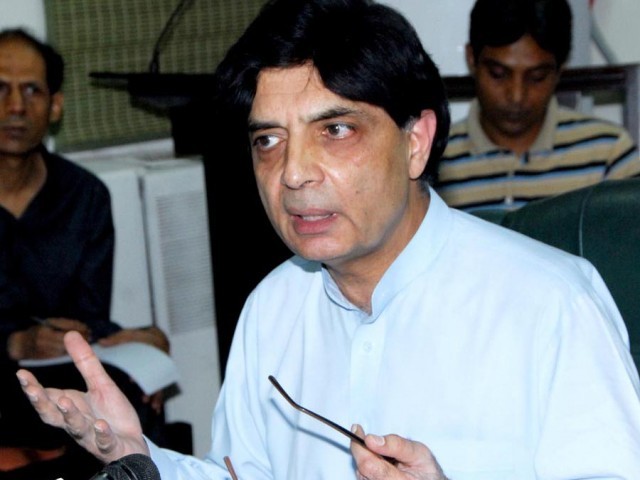 Treasury bench members on Friday basked in the afterglow of a “diplomatic offensive” that led to Thursday’s passing of a unanimous UN resolution against the US drone campaign in foreign lands.

The ruling Pakistan Muslim League-Nawaz (PML-N) has claimed credit for the ongoing offensive, which will next take up the issue of drones with the UN Human Rights Council. The treasury bench’s claims about the success of the anti-drone campaign at the UN General Assembly went largely uncontested as key opposition groups are currently boycotting proceedings in the lower house.

The National Assembly passed a resolution moved by Minister for Kashmir Affairs and Gilgit-Baltistan Chaudhry Barjees Tahir. “This House appreciates the efforts of the Pakistan Muslim League Nawaz (PML-N) government in the adoption of a resolution against the use of drone strikes by the UN General Assembly,” read the resolution.

The government has claimed that the resolution – which called upon Washington to comply with international laws in its use of drones – was a vindication of its stance that drone attacks are counter-productive.

Chairman Standing Committee on Foreign Affairs Sardar Awais Ahmed Laghari welcomed the UN resolution against drone strikes and appreciated the role played by the incumbent government in this regard. He said that Prime Minister Nawaz Sharif had raised the matter in the UN General Assembly during his visit and had lobbied for the approval of the resolution. The Muttahida Qaumi Movement’s Sajid Ahmed, Jamaat-e-Islami’s Sahibzada Tariqullah, and Kishwar Zehra of the JUI-F also welcomed the resolution, saying it is a positive sign in the country’s struggle to end drone attacks on Pakistani soil.

Amidst the praise, however, there were voices raising concerns about the resolution’s implementation during the session. “Let us see whether the resolution is implemented in letter and spirit,” said Aftab Ahmed Khan Sherpao of the Qaumi Watan Party.

The government had constituted a three-member committee to address the concerns of the opposition. The opposition demanded the withdrawal of the controversial word “tamasha” or drama, used by the interior minister with reference to the PTI’s demands for verification of voters’ thumb impressions. Instead of withdrawing the controversial word he had used, Chaudhry Nisar regretted the attitude of the PPP and PTI, saying both the parties were insisting on the withdrawal of a word which had been used in parliamentary proceedings several times before.

“PPP and PTI lawmakers are receiving allowances to participate in the proceeding of the house, yet they are not attending,” he added. With regards to the verification of thumb impression, he said the government had never interfered in the matter.

State Minister for Health Saira Afzal Tarar told the National Assembly that the law and order situation was obstructing the polio eradication campaign in the Federally Administered Tribal Areas. Responding to a call to attention notice by Zahra Wadood Fatimi‚ Tarar said Pakistan is amongst three countries where the polio virus still exists. She said the Taliban have imposed a ban on vaccination campaigns in South and North Waziristan Agencies, due to which 12 polio campaigns could not be conducted in the areas. She called upon parliamentarians to also join the vaccination campaign to ensure its success.