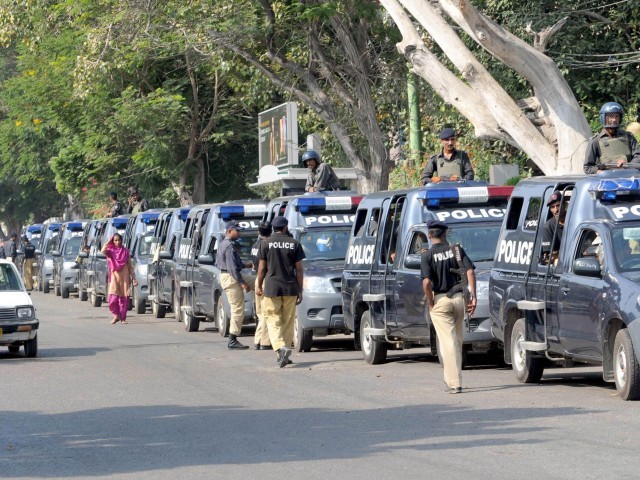 At least 27 people were killed in Karachi on Tuesday. PHOTO: RASHID AJMERI/EXPRESS

What is happening in the country’s largest city and its commercial and business heart? For the layperson, the answer would seem to lie in a complete abdication of government authority and breakdown of law and order. In the past three days or so, over 60 people have been killed – or as the phrase now goes ‘target killed’. What that, presumably, means is that these individuals were targeted for a reason and that the intention is to spread terror. In all likelihood, the targeting relates to either a person’s sect or ethnicity and in this bout of violence it is probable that the latter factor is at play. This however begs the questions: who is behind these killings? Why are they doing it and what do they have to gain from it? Why aren’t the police and the Rangers doing anything to stop these killings? Is the Sindh government really that clueless and ineffective that it is unable to stem over 60 people (including at least 10 at one time in a market) killed in a city in less than 72 hours? Had something like happened in a city in any civilised law-abiding nation, there would be a major show of force by the law-enforcement apparatus and action would be taken against the killers without caring for their political allegiances or group affiliations.

The interior minister came to Karachi a day before this late surge in killings. He did the usual: he presided over a meeting to take stock of the city’s law and order situation and made the usual hackneyed statement that the government would catch the killers. He also visited the headquarters of the MQM and promised action to stop the target killings. He went and the next day over 20 were killed. The people of the city, and in fact of the country, deserve answers – and above all, they deserve effective and decisive action by the government against those carrying out the killings and their backers and masters. Given its scope and magnitude and the havoc it wreaks on the country’s largest city, this is really the least any government would do. Failure to act now and stem the killings, catch the murderers and prosecute them will only prolong the violence.