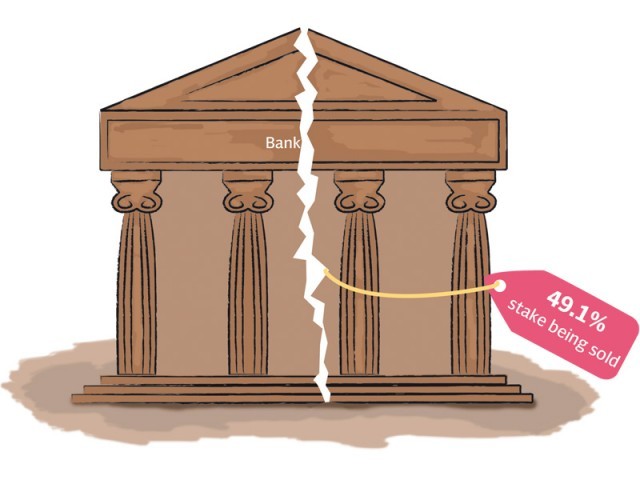 Kuwait-based Noor Financial Investment Company is going to sell its entire stake in Meezan Bank, according to a notice sent to the Karachi Stock Exchange (KSE) on Wednesday.

The value of the transaction is estimated to be $190 million, the notice said.

Other major shareholders in Meezan Bank include Pakistan-Kuwait Investment Company (30% stake) and Islamic Development Bank (9.3%). Free-float of the bank constitutes 10% of its total shareholding structure.

The announcement follows the public expression of interest by a British Virgin Islands-based company in acquiring an equal number of shares in Meezan Bank on November 19.

Through KASB Securities, a Karachi-based investment bank, Vision Financial Holdings had expressed its intention to acquire 492.4 million shares in Meezan Bank, which has issued a little over one billion ordinary shares at the face value of Rs10 each.

As per the Substantial Acquisition Law 2002, a potential acquirer must issue a public offer to the shareholders if it tries to acquire 25-50% holding in a company.

Most analysts, while speaking to The Express Tribune at the time of the public expression of interest by Vision Financial Holdings, said the transaction would be carried out in two phases. They expected that the foreign company would first try to buy stakes from the current sponsors of the bank and follow it up with a tender offer made to the general public on the stock exchange.

However, the acquirer is going to get the exact number of shares that it wanted to purchase through the current majority shareholder, which means the transaction will not have a public offer component.

According to Alternate Research investment analyst Umesh Kumar, the transaction value ($190 million) translates into a per-share price of approximately Rs41. This represents a premium of 6.5% to the bank’s share price, which was Rs38.5 on November 18 – one day before Vision Financial Holdings announced that it wanted to acquire a significant stake in the largest Pakistani Islamic bank.

The transaction will not have any material impact on the bank’s share price because it is not followed by a public offer, Kumar added.

The share price of Meezan Bank was Rs39.16 at the end of trading on Wednesday. It has increased by 28.6% since July 1 when it traded at Rs30.45 a share. For the quarter ended September 30, the bank posted a profit after tax of Rs943.9 million, up 15.2% from the corresponding period last year.

The purpose of maintaining a company’s registered office in places like British Virgin Islands or Cayman Islands is to ensure confidentiality of its sponsors’ identity besides benefitting from lenient and nearly tax-free corporate regulatory framework.

Although Vision Financial Holdings remains an obscure company with no information trail on the internet, sources said the company is associated with Vision Holding Middle East, which is also a British Virgin Islands-based shell company.

The latter increased its shareholding in Punjab-based Pioneer Cement to 47% in August as opposed to a 21% stake it had in 2012.