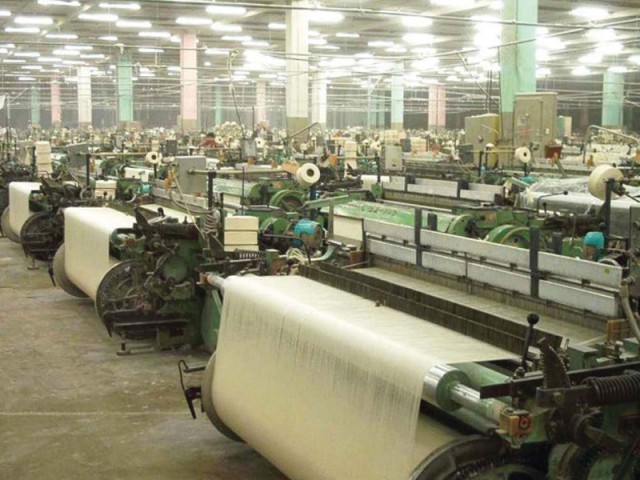 Estimated cost of the textile city in 2009 was around Rs15 billion. PHOTO: FILE

Time management is undoubtedly the most important aspect of any successful project because a very common cause of soaring project budgets is the inability to follow set timelines.

Pakistan Textile City Limited at Port Qasim is a classic example of missing the schedules. The project, conceived in 2003 with the capacity to export textile goods worth $2 billion per annum and create 80,000 jobs for the unemployed youth of Karachi, has so far neither been able to complete infrastructure facilities nor sell plots to prospective textile entrepreneurs.

Interestingly enough, this city was planned as a pilot project and after its completion 20 more such cities were to be developed across the country. In the meantime, the infrastructure cost has increased so rapidly that investors are questioning the viability of even the pilot project.

Something must be done before the project becomes unmanageable forcing the government to abandon the business enterprise and declaring it a costly futile exercise as there is no doubt that the project is leaking cash, time and resources at a significant speed.

It is time to identify budgets that have been exceeded, deadlines that have been missed and issues that remain unresolved. In order to find out root causes of the failure, all essential project records should be reviewed on a priority basis.

A team of professionals under a hard task master must be appointed which should collect the evidence and after a complete audit prepare a comprehensive report. This report should be presented to the board with proposals for immediate measures to make the project feasible enough for the government, which is already having problems maintaining a number of white elephants.

In March 2009, Zaheer Hussain, the then CEO of Pakistan Textile City, in a press briefing agreed that paucity of funds and inconsistency in policies due to frequent changes in the board of directors of the city had not only resulted in delay but also caused cost escalation.

Estimated cost of the textile city then was around Rs15 billion, which he hinted might increase considerably in case time was wasted further.

Another important aspect of any business venture is to identify profit margins and accordingly fix the price of the product. Pricing a product usually involves considering certain key factors, including pinpointing target customer, tracking how much competitors are charging and understanding the relationship between the facilities offered and the price fixed.

Unfortunately, the textile city lacked the business acumen and financial management as such failed to attract prospective entrepreneurs.

The most noticeable hesitation from the customers to go for a piece of land in this project is of course the price and the payment structure. The land purchased at the rate of Rs1 million per acre from Port Qasim has been priced at a whopping Rs21 million per acre.

Moreover, it offers payment in four equal installments and the construction of plant and factory will be allowed only after the final payment has been made – that too at a time when the existing textile plants are working at 60% capacity.

On the contrary, National Industrial Parks Development and Management Company is offering plots at Rs1.25 million per acre at its Bin Qasim Industrial Park (BQIP) and entrepreneurs can start construction of their plant after paying 70% of the cost.

As a result, BQIP managed to attract $150 million foreign direct investment from Yamaha Motor, which is all set to establish a motorcycle plant on a 50-acre plot.

More foreign companies are following suit, which proves that Karachi has all the potential to attract foreign investors.

Moreover, the government’s initiative to establish special economic zones to facilitate foreign entrepreneurs has given impetus to its efforts to bring FDI in Karachi. The textile city is losing a golden opportunity.

The writer is a freelance contributor and a PR consultant

Economics and the popularity of private tuitions in Pakistan