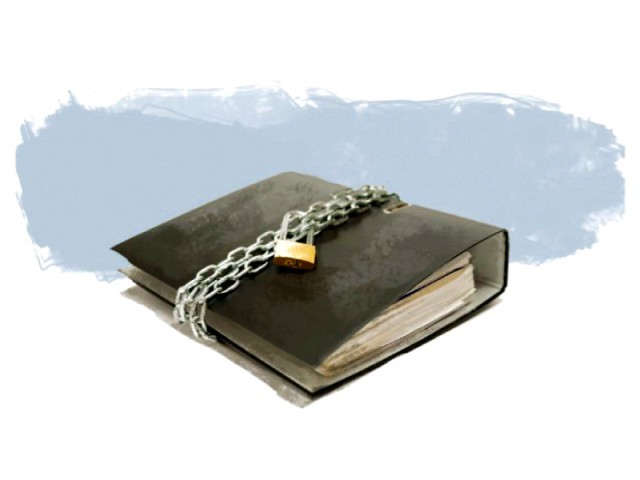 A number of run-of-the-mill items needing approval are not getting it, causing numerous issues.

Top offices in Islamabad have been “grinding slowly” in responding to various summaries sent by education ministry, which in turn is hindering their work, sources in the ministry said.

“The President House, Prime Minister’s (PM) office, Cabinet and Establishment Divisions are presenting great hurdles in its working,” the sources, requesting not to be named, told The Express Tribune.

According to the sources, the ministry is still awaiting replies to several summaries sent months ago to the presidency and PM office.

“It is frustrating to see inaction at the highest level,” said a senior officer at the ministry.

Although a month has passed, the presidency has still not responded to a summary requesting permission to search for new vice chancellors (VCs) for Quaid-e-Azam University and Allama Iqbal Open University — positions due to fall vacant shortly, said an official.

The same sluggishness can be seen at the PM’s office, which has yet to respond to a summary requesting the go ahead to appoint a new Higher Education Commission chairperson.

In June this year, according to the sources, a summary was sent to the Cabinet Division to award administrative control of National Book Foundation, National Institute of Science and Technical Education, Polytechnic Institute for Women and other education affairs in the capital, which should be under the ministry as outlined in the 18th Amendment. As in the other cases, there is no reply in sight.

“These institutions remain directionless as neither the Capital Administration and Development Division nor any other body is ready to own them,” sources said.

Besides, bypassing the recommendations of the ministry, in contravention of the rules, the PM office has appointed a grade-20 officer as the National Vocational and Technical Education Commission executive director, said an official.

State Minister for Education, Trainings and Standards in Higher Education Muhammad Balighur Rehman told The Express Tribune,” Decisions on such matters are the prerogative of higher offices. We can do nothing but wait.”