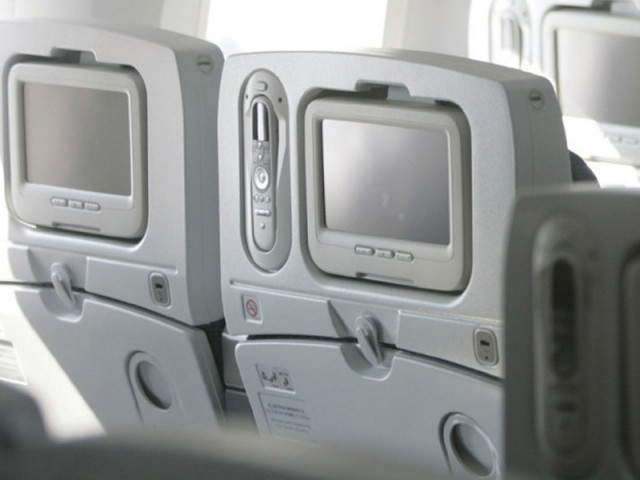 Passengers of Pakistan International Airlines (PIA) will soon be able to use phone, check emails and watch latest movies on board as the air carrier will upgrade its in-flight entertainment system on long-haul flights.

Initially, the facilities – Wi-fi and phone service being introduced for the first time by a Pakistani carrier – will be offered on PIA’s nine Boeing 777s, which have been deployed on longer routes to Europe, US and Canada, said Managing Director Junaid Yunus.

“We are making every effort to improve the product,” he told The Express Tribune. “Seats and carpets in the planes are being replaced with new ones and special emphasis will be placed on cleanliness.”

Some of the specialised firms providing satellite communication services have already expressed their interest in working with PIA. But the national flag carrier will shortly issue a tender to meet the regulatory requirement.

Yunus said the airline on its own cannot manage the entertainment system effectively. “For example, the Wi-fi system is very expensive to replace or upgrade.”

PIA’s management has finally realised that it cannot woo passengers without offering them better service compared with other carriers, especially on long-haul flights.

The desire to upgrade in-flight entertainment service follows Yunus’ insistence that long-range B-777s will be used only for international flights to make the trips financially viable.

“The 15-hour flight to Toronto is tiring and passengers need to relax,” he said. “We are just trying to make sure that their journey is safe as well as comfortable.”

Foreign and domestic private airlines have slowly eaten into PIA’s passenger traffic. PIA’s share in international passenger traffic from Pakistan came down to 35% in 2012-13 from 43% in 2007-08.

While Pakistan has air services agreements with 45 countries, PIA flies to just a handful of them because of shortage of aircraft.

Still, it is widely believed in the industry that PIA benefits from one of the world’s most loyal brand following. “I am convinced that our point-to-point service will help us take our share back from other carriers,” Yunus said, referring to direct international flights without any stopovers.

PIA recently inducted four B-737s on wet lease to make sure it can spare bigger 777s for international destinations. The airline has also received government’s nod to induct narrow-body aircraft on dry lease next year.

According to Startrax, the leading air travel rating service provider, PIA is a three-star airline, placing it along with Air India, Kuwait Airways, Saudi Arabian Airlines and Southwest. The customer reviews offer some insight into the passenger experience.

“The meal was fantastic! Inflight entertainment screens were about to be switched on when all the passengers realised only 10 out of 200 screens were working! We had no entertainment for seven hours. Always bring an Ipad, Ipod or entertainment device with you,” wrote Huzayfah Alam, who travelled from London Heathrow to Islamabad on PIA’s B-777-200ER in July.

In almost every other review, passengers have complained about non-existent in-flight entertainment.