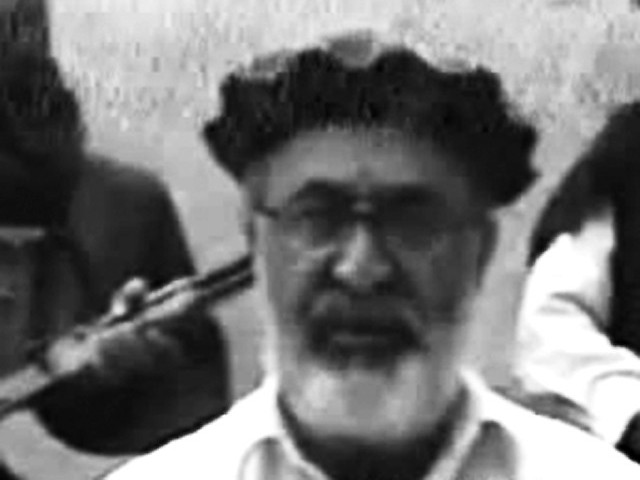 The Footage shows Ajmal Khan sitting in front of a white backdrop with two armed militants standing behind him.

PESHAWAR: Students of Peshawar University on Monday staged a protest against the kidnapping of the Vice Chancellor of Islamia College University (ICU), Dr Ajmal Khan.

Students displayed placards and chanted slogans for the recovery of the kidnapped chancellor.

They said that forty days have passed since his kidnapping, while the government is yet to make any serious efforts for his recovery.

The student body also vowed to protest outside the parliament if the vice chancellor is not recovered within four days.

Earlier, footage showing the kidnapped vice-chancellor was released on Thursday. In the video Khan appealed to the government to accept the rebels’ demands to secure his release.

Dr Khan was kidnapped on September 7, 2010 and is a locally-renowned academic and a close ally of the ruling Awami National Party (ANP) in Khyber Pakhtunkhwa.