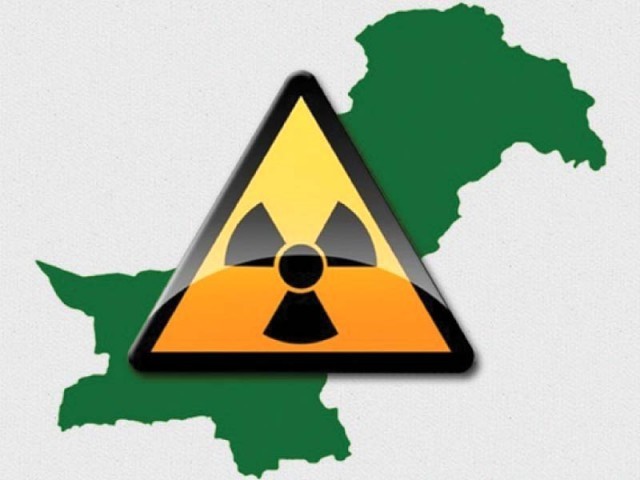 “Seismic, oceanic, tsunami and other related data of the last over 50 years was collected, analyzed and incorporated in the design of the new project,” says Khalid Banuri. PHOTO: FILE

Nuclear energy experts have allayed concerns about safety of the country’s largest civil nuclear power project that was launched recently and described it a relatively low-cost solution to its energy problems, keeping in mind the Fukushima nuclear disaster that set alarms bell ringing about the safety of such plants.

“Seismic, oceanic, tsunami and other related data of the last over 50 years was collected, analyzed and incorporated in the design of the new project,” Strategic Plans Division Director-General Air Commodore (retd) Khalid Banuri said while addressing a seminar on Thursday.

“We are upbeat about the future,” Banuri said.

Prime Minister Nawaz Sharif performed the groundbreaking of the Coastal Power Project K-2 and K-3, the country’s biggest power plant that will generate 2,200mw electricity and described it “a proud moment in the energy history of Pakistan.”

The seminar on “Energy Crisis and Nuclear Safety and Security of Pakistan,” was organized by the Strategic Vision Institute (SVI) in collaboration with Konrad Adenauer Stiftung (KAS).

About the post-Fukushima scenario, Banuri said, “Pakistan’s all nuclear power plants are under IAEA safeguards and have a rather impeccable record of safety, security and transparency.”

He said that Pakistan is the 15th country to have commissioned nuclear power plants. The under-construction Chashma-III and IV plants, he said, were well ahead of the stipulated time schedule and within the estimated cost.

Addressing the seminar, Muhammad Rahman, Director, Nuclear Safety, Pakistan Nuclear Regulatory Authority (PNRA), said that after the Fukushima incident Pakistan had taken prompt steps including, activation of National Response and Emergency Coordination Centre (NRECC) to maintain link with IAEA Incident Emergency Centre, offered assistance to Japan and performed environmental monitoring within Pakistan during which 157 air samples were collected from seven major cities and analysed. No detectable increase in airborne activity (beyond background) was detected in the samples, he added.

In addition, regulatory laws have been revised after the Fukushima incident, said Rahman.

He said that Pakistan is fully committed to implementing IAEA Action Plan on Nuclear Safety and has started working in the areas including, reassessment of natural hazards at plants, strengthening the effectiveness of regulatory body, enhancing the effectiveness of operating organization, strengthening and maintaining capacity building and reinforcing emergency preparedness and response.

“We need to get out of the energy crisis as soon as possible; not doing so would endanger our survival. The government would have to work out a strategy within the available resources and capacity,” Chairman, Board of Governors, SVI, Dr Ross Masood Hussain said in his concluding remarks.

“Pakistan’s energy crisis is one of the biggest challenges, which also profoundly impinge upon its national security. Therefore, it is important to not only utilize existing resources more efficiently but also to explore alternative sources of energy to cater to the rapidly increasing demand,” KAS Resident Representative Ronny Heine said.