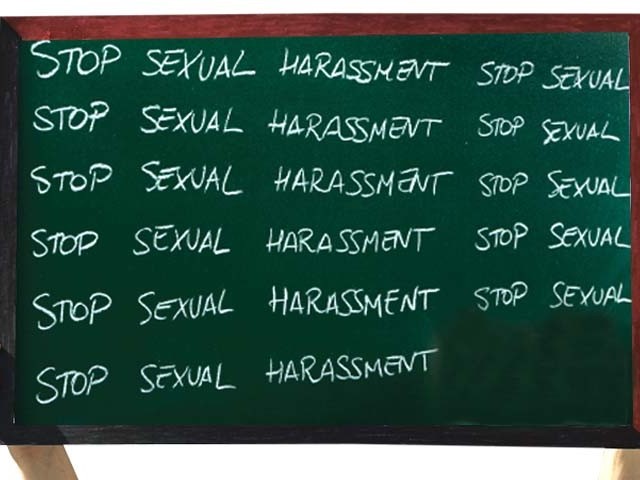 Women suffer from various forms of violence and harassment at the workplace: Secretary of Law and Justice. PHOTO: FILE

ISLAMABAD: The Ministry of Law, Justice and Human Rights held an event at the Marriott Hotel in Islamabad on Monday to introduce Protection against Harassment of Women (Filing and Disposal of Complaints) Rules 2013, stated a government press release.

The event, held in collaboration with UNwomen and Ending Violence Against Women and Girls (EVAWG) Alliance,  featured Barrister Zafarullah Khan, the Secretary Ministry of Law, Justice and Human Rights, as chief guest. In his speech, Zafarullah Khan emphasised there should be no discrimination on the basis of gender, religion, region or race. However, the role of men and women differ on the basis of their socio-economic conditions and culture.

Women suffer from various forms of violence and harassment at the workplace which is why many are reluctant to join the workplace, he said.

The law secretary went on to state that the Protection against Harassment of Women (Filing and Disposal of Complaints) Rules 2013 provide a safe and secure working environment for women.

Sangeeta Thapa, Deputy Country Director of UN women, also spoke at the event and she highlighted society’s responsibility in protecting women from violence.

Some laws addressing women’s issued had been passed by the previous Parliament but have now lapsed on completion of tenure of the Assembly, said Khawar Mumtaz, Chairperson, National Commission on the Status of Women (NCSW). She informed the audience that those Bills may be used as precedents for enacting pro-women legislation.