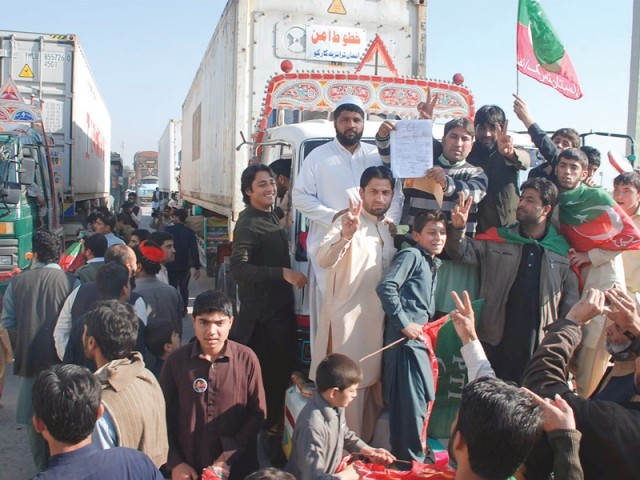 PTI workers block the way of a Nato container in Peshawar. PHOTO: EXPRESS

On November 24, PTI supporters – as a protest against US drone campaign – had blocked Nato supply routes leading to Afghanistan.

PTI workers had staged a sit-in on the Ring Road near Chamkani where they checked hundreds of container.

In their quest to distinguish Nato trucks from regular cargo carriers, workers had broken the seals of dozens of containers for the inspection of goods and had brawls with the drivers in the process.

The call for a sit-in was earlier made by PTI chief Imran Khan, after his governing party in K-P passed a unanimous resolution against drones and set November 20 as the date of a rally.

A number of PTI activists in Kohat also staged a sit in at the Jarma Chowk on the Indus Highway to halt Nato supply trucks passing through the area.