In the dock, again: Musharraf to be tried for treason

In the dock, again: Musharraf to be tried for treason 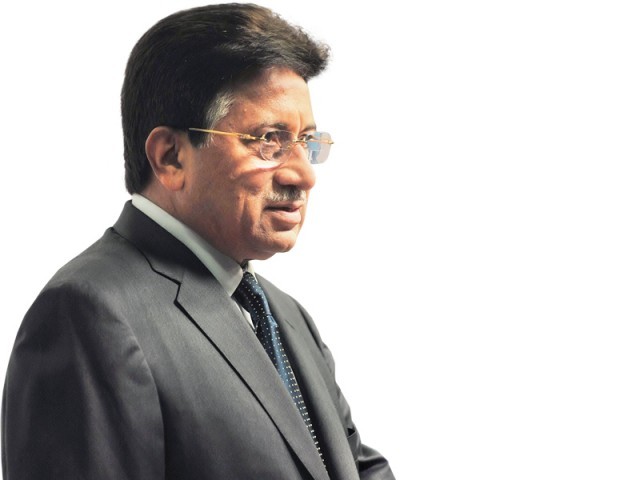 The move comes after Musharraf was granted bail in other criminal cases against him, including the assassination of former premier Benazir Bhutto, slaying of Baloch nationalist leader Nawab Akbar Bugti and Lal Masjid siege.

The government will formally request the Supreme Court today (Monday) to constitute a ‘special court’ to try former military ruler Pervez Musharraf for high treason for imposing emergency rule in the country in November 2007.

“Following the judgment of the Supreme Court and a report submitted by an inquiry committee, it has been decided to start proceedings against Gen (retd) Pervez Musharraf under Article 6 of the Constitution,” Interior Minister Chaudhry Nisar Ali Khan told a news conference in the federal capital on Sunday.

“It is happening for the first time in the history of Pakistan. This case is very sensitive and important and the decision has been taken in the national interest,” he added.

The move comes after Musharraf was granted bail in other criminal cases against him, including the assassination of former premier Benazir Bhutto, slaying of Baloch nationalist leader Nawab Akbar Bugti and Lal Masjid siege. However, his name is still on the Exit Control List.

“A complaint will be lodged with the Supreme Court on Monday,” the interior minister said. “We’ll be submitting a letter to the apex court today seeking formation of a special court.”

Chief Justice Iftikhar Muhammad Chaudhry may name three judges to be nominated from three high courts, Nisar said. After getting permission from the apex court, the government will write to the chief justices of the high courts for the names. The government will nominate a public prosecutor to assist the ‘special court’. The then army chief Gen Musharraf overthrew the Nawaz Sharif government in a military coup in October 1999, but a year later the Supreme Court validated the takeover. In November 2007, he imposed emergency rile, suspending the Constitution and parliament, and sacking dozens of top judges who declared his actions unconstitutional and illegal.

However, Nisar told journalists that putting Musharraf on trial was not a ‘vengeful’ decision. “Nothing is personal in this case. It’ll be a fair trial. Prime Minister Nawaz Sharif’s government has no personal grudge against him,” he added.

The interior minister insisted that Musharraf was not refusing to meet the FIA team but was reluctant to record his statement. “The FIA team [however] found what they needed [ample evidence to proceed against Musharraf],” he said.

Though Nisar did not share the FIA’s findings, a member of the team claimed that the military did not cooperate with the FIA’s team. “Despite repeated requests, the General Headquarters did not give us access to the relevant record,” he told The Express Tribune requesting anonymity.

The FIA team – headed by Khalid Qureshi – failed to find ‘commanding evidence’ which might have lead to a successful treason trial, he added.

The interior minister, however, dispelled the impression that the military did not cooperate with the FIA team which took at least 20 weeks to submit its 75-page report.

The interior minister also said that a three-member FIA committee has been formed to probe into the Asghar Khan case in light of the Supreme Court directions.

The team’s makeup will be announced today (Monday) or tomorrow and it will investigate former ISI chief Lt Gen (Retd) Asad Durrani and ex-army chief Gen (Retd) Aslam Beg for allegedly bribing politicians in order to rig the 1990 elections.

Article 6 of the 1973 Constitution

(2) Any person aiding or abetting [or collaborating] the acts mentioned in clause (1) shall likewise be guilty of high treason.

(2A) An act of high treason mentioned in clause (1) or clause (2) shall not be validated by any court including the Supreme Court and a High Court.

(3) [Majlis-e-Shoora (Parliament)] shall by law provide for the punishment of persons found guilty of high treason.