Negative equity: Pakistan Steel Mills – why it should be sold at Rs1

Negative equity: Pakistan Steel Mills – why it should be sold at Rs1 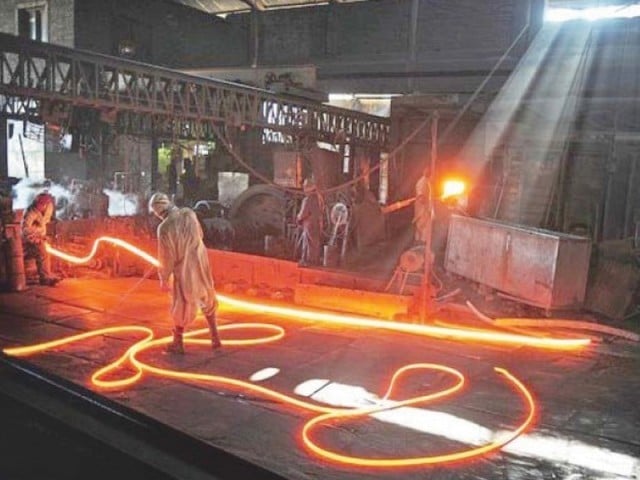 PSM has accumulated losses of over Rs100 billion in the last 10 years. These losses are usually booked as contingent liability of the Ministry of Finance which issues bank guarantees to the lending bank, which in this case is National Bank of Pakistan. PHOTO: FILE

Each year, the Ministry of Finance issues a pay cheque, through bank guarantees, of around Rs10 billion for 15,000 people who do not work for it. In fact, they do not work at all. They are employed by a factory called Pakistan Steel Mills (PSM).

Pakistan Steel Mills Corporation (Private) Limited was inaugurated in the 1970s with the technical and financial assistance of the former Soviet Union and owns and operates an integrated steel manufacturing plant with the design capacity of 1.1 million tons per annum.

PSM has the potential to meet approximately 25% of the domestic demand for steel products. The shortfall is met through a large number of small private sector units in the country and through imports. Last year, Pakistan imported steel worth Rs366 billion.

PSM had been seen as an instrument for reducing reliance on steel imports, as a classical example of import substitution policy. Its steel billets were considered “strategic” in nature due to supplies to Pakistan Army for its ordnance factories. PSM has not produced such billets in the last five years and the army has been comfortably importing them from the world market.

It is not for the first time that PSM is on the privatisation agenda. Its privatisation was taken up in 1998 but was dropped and instead it was decided to undertake restructuring of the corporation. To reduce the excess regular manpower from 20,533 to 15,000, PSM introduced an optional Voluntary Retirement scheme on May 25, 2000. This scheme was funded by internal resources to the tune of Rs4.5 billion.

PSM has accumulated losses of over Rs100 billion in the last 10 years. These losses are usually booked as contingent liability of the Ministry of Finance which issues bank guarantees to the lending bank, which in this case is National Bank of Pakistan.

Recently, the Ministry of Industries and Production in a report presented before the Economic Coordination Committee (ECC) said PSM has borne a massive loss of Rs86.27 billion during the rule of the previous government. The report said four bailout packages worth Rs40.507 billion were offered to the state-owned mill from 2009 to 2012, but despite that its losses piled up to Rs86.27 billion by June 30, 2013 and liabilities rose to Rs98.57 billion, resulting in a negative equity position.

The report also showed that 4,800 people working on daily wage were absorbed as permanent workers in the mill in 2010, adding Rs2 billion to the financial cost in the first year with recurring expenditure of Rs1 billion per annum.

PSM is now on the privatisation list, once again. However, much before the government’s plan to sell 26% of its stake to prospective buyers along with management rights, Russia has shown deep interest in investing in the mill’s future. The Russians had hinted at a $1 billion investment to modernise and expand the PSM’s capacity.

Paradoxically, this is equivalent to what our own taxpayers assumed as a liability created in the last five years to keep the payroll of PSM going. If heaven would have fallen, we could have established a new steel mill ourselves.

In 2006, PSM was valued at Rs22 billion, in the approved bid of privatisation, which was overturned by the Supreme Court citing ‘omissions and commissions.’ Since that decision, fresh liabilities of Rs100 billion have been created, which will significantly reduce bidders’ appetite.

Although the ‘discounted cash flow method’ does not appeal to nationalistic minds, trained poorly at mathematics, we should now be ready to sell the PSM, happily and profitably, at Re1. As a rule, an entity with negative equity is sold at a profit with any positive integer on the books.

The writer is the executive director of PRIME Institute, a free market economy think tank based in Islamabad

Reko Diq project – take a decision before it is too late