CM Pervez Khatta­k pulled out of the coalit­ion with QWP after acting on PTI chief Imran Khan’s instru­ctions.
By Our Correspondent
Published: November 15, 2013
Tweet Email 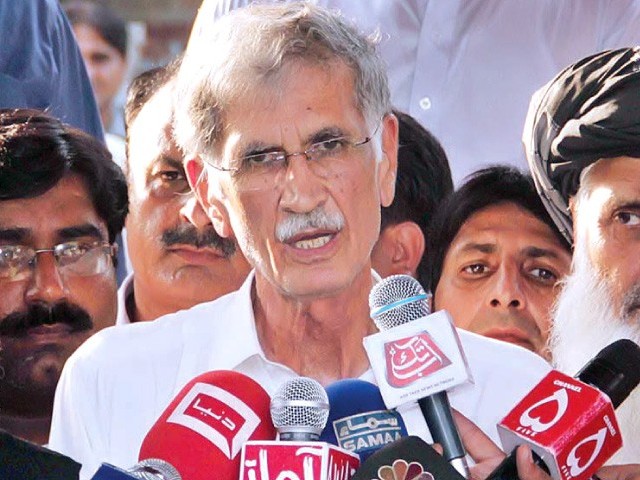 The recent sacking of two ministers by the Pakistan Tehreek-e-Insaaf (PTI) led government in Khyber-Pakhtunkhwa has once again allowed political parties to explore the option of forging an alliance. But the Pakistan Muslim League-Nawaz (PML-N) has declined to sweep in.

“PML-N will not destabilise the PTI government in K-P by forging an alliance with any political party,” Information Minister Senator Pervaiz Rashid said on Thursday.

Chief Minister Pervez Khattak pulled out of the coalition with the Qaumi Watan Party (QWP) after acting on PTI chief Imran Khan’s instructions. Khan had issued the advisory to fire QWP ministers on charges of corruption. The QWP, hitherto a coalition partner in K-P, has MPAs in the provincial assembly who will now sit in the opposition benches.

The information minister said that Prime Minister Nawaz Sharif has supported the democratic process in the past and will continue to do so. The PML-N will also not be part of any move to remove the Pakistan People’s Party (PPP) government in Azad Jammu and Kashmir (AJK), he added.