Odd one out: Better to try and fail than not try at all

Odd one out: Better to try and fail than not try at all 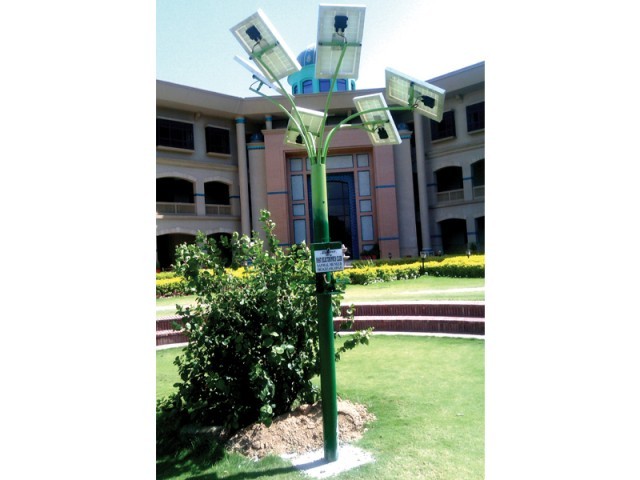 Muneer’s supervisor said he was one of the few kids who tend to think out of the box, with a capacity to question things and probe possibilities. PHOTO: MYRA IQBAL/EXPRESS

Innovation defies convention and is quite often an impassioned idea thwarted within the landscape of homogeneous conviction. For recent engineering graduate, Sanwal Muneer, this rigidity of thought and contained imagination is one that allows him to distinguish himself from his peers and from those too afraid to explore beyond the textbook peripheries of technology.

With a keen interest in renewable-energy sources, Muneer, who graduated earlier this year from the FAST National University of Computer and Emerging Sciences, has already built a prototype to harvest electricity through high-speed locomotion on highways, exhibited an electric car at the Shell Eco-marathon and left behind a modest legacy at his alma mater in the form of a “solar tree” that charges cell phones and small gadgets. He has also represented Pakistan at the IEEE R10 conference in India.

“It is foolish to be discouraged by those who have little foresight,” he shared. While most of his peers were quick to shoot down his idea to build an electric car, Muneer’s own motivation and support from likeminded members of his team, and faculty, allowed him to set an example by achieving his dream.

Last month, Muneer was selected as a young leader to attend the 4th Global Entrepreneurship Summit in Malaysia, headed by US Secretary of State John Kerry. The prestigious annual event was preceded by a solution-centric youth platform, “Global Start-up Youth”, where Muneer was exposed to over 500 likeminded individuals in diverse fields that included education, environment, women empowerment and health.

“It was an incredible experience,” expressed the 20-year old, one of the youngest graduates in his batch of over 400 students. “It is rare to find people who have a similar vision and appetite for innovation,” he said, adding that while he wished educational institutes could adopt a more problem-solving approach, the market for originality in Pakistan is nascent and largely unexplored unlike the saturated markets in the West.

“The youth often complain about a lack of opportunity in Pakistan but one must try, and perhaps even fail in order to organically and inevitably stumble on the right track,” added Muneer, who is currently employed at a private engineering firm.

FAST-NU’s Islamabad director Dr Waseem Ikram, who supervised Muneer’s project, relates that at the undergraduate level, few students tend to think out of the box, but “Sanwal was one of them, with the capacity to question things and probe possibilities,” he shared.