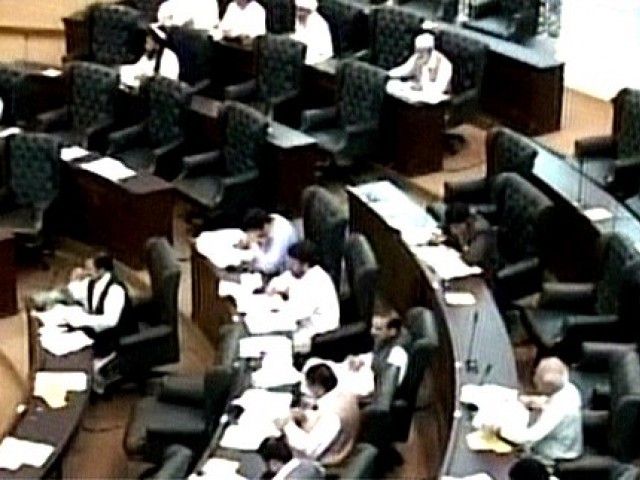 PESHAWAR: The provincial Assembly passed a unanimous resolution on Thursday asking the government to ban the tradition of ‘dowry’.

The resolution against dowry was moved by Awami National Party (ANP) parliamentarian Tabbasum Shams Katozai. Khyber-Pakhtunkhwa Assembly Speaker Kiramatullah Khan Chagarmati presented the resolution before the house which was unanimously approved by the parliamentarians of the treasury and opposition benches.

The resolution, number 448, read: “This house asks the government to impose a blanket ban on dowry and eliminate this curse and put a lid on social evils caused by it.”