Nasr, with a range of 60 kilome­tres and in-flight manoeu­vre capabi­lity is a quick respon­se system.
By Our Correspondent
Published: November 6, 2013
Tweet Email 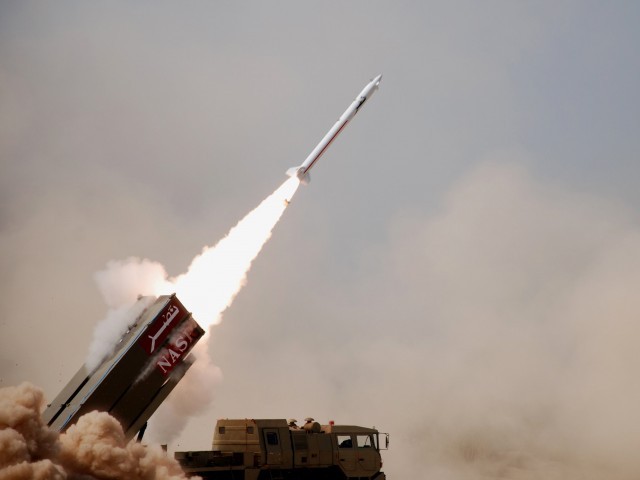 ISLAMABAD: Pakistan on Tuesday conducted a successful test of its short range surface-to-surface missile Hatf IX (Nasr) as part of efforts to strengthen its nuclear arsenal.

“The test was conducted with successive launches of missiles (Salvo) from a state-of-the-art multi-tube launcher,” said a statement issued by the Inter-Services Public Relations (ISPR).

Nasr, with a range of 60 kilometres and in-flight manoeuvre capability is a quick response system, with shoot and scoot attributes.

The doctrine is intended to allow India’s conventional forces to perform swift and unexpected attacks on Pakistan before international pressure could come to bear on India and before the Pakistani military could react within the first 72 hours of a conflict.

In recent months, Pakistan has tested a wide range of nuclear capable missiles.