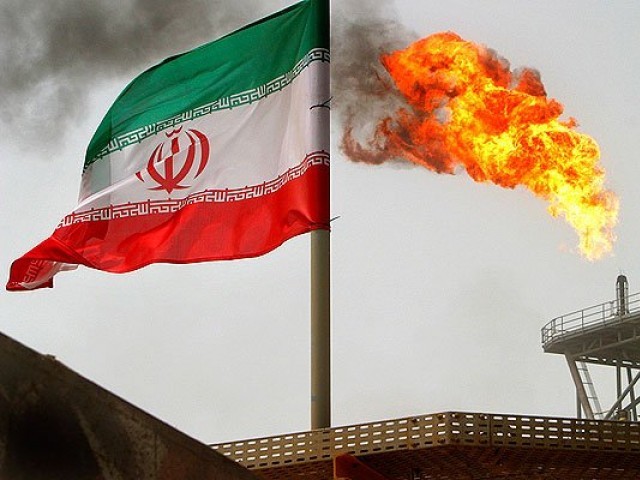 TEHRAN: Talks to resolve a protracted row over Iran’s nuclear ambitions resume this week in Geneva, with Tehran’s negotiator saying he hopes to begin discussing the “content” of an accord.

The so-called P5+1 group of major powers will meet with Iran’s nuclear team on Thursday and Friday for the latest round of negotiations revived after the election of Iranian President Hassan Rouhani, a reputed moderate who has vowed a new approach.

Both sides hope to build on a meeting last month hailed as “substantive” by all sides, at which the Iranian delegation outlined a new proposal and met bilaterally with its US counterpart for the first time since 2009.

The United States is part of the P5+1, which also includes Britain, China, France, Russia, and Germany.

According to Iranian officials, the proposal- whose details have been kept secret- envisages a first and a last step which Tehran hopes can be implemented within three months and a year, respectively.

“Our expectation now is to begin discussions on content and then move towards an agreement on content,” Araqchi told the ISNA news agency.

Despite the positive atmosphere in the talks, conducted in English for the first time, substantial differences remain as Iran seeks relief from crippling international sanctions.

A senior Western diplomat speaking on condition of anonymity said after the last round of talks in Geneva that an immediate solution was not in sight.

“The differences remain very large in terms of what the steps should include,” the source said.

Technical discussions were held last week in Vienna at the level of experts to prepare for the political meeting this week.

Ali Vaez, the senior Iran analyst for the International Crisis Group, told AFP that more such meetings are necessary “to narrow the gap and hammer out a mutually acceptable agreement”.

Iran hopes to bring about the lifting of sanctions, while Western powers and Israel are seeking to curb its uranium enrichment programme, which they say is aimed at developing a nuclear weapon, allegations vehemently denied by Tehran.

In an interview with Israel’s Channel 10 News this weekend, lead US negotiator Wendy Sherman defined “progress” as stopping the nuclear programme from advancing further while negotiators try to reach a comprehensive agreement.

She said Washington was prepared to offer “very limited, temporary, reversible sanctions relief” while maintaining the “fundamental architecture of the oil and banking sanctions- which we will need for a comprehensive agreement, not for a first step”.

Khamenei says negotiators are not ‘compromisers’

Vaez meanwhile cautioned that negotiators still have a long way to go in resolving the decade-long dispute, pointing out that each side will have to hold its hardliners in check.

“Although the P5+1 has- for the first time- agreed to define the broad contours of an end-game, spelling it out will be groundbreaking and will require more discussion with Iran and within the P5+1,” he said.

The meeting this week will be the second such gathering since Rouhani took office in August with a pledge to resolve the nuclear issue and lift the sanctions through constructive engagement.

However the conduct of his nuclear team, overseen by Foreign Minister Mohammad Javad Zarif, has come under fire from hardliners at home wary of compromise on what Iran sees as its right to nuclear enrichment.

But the supreme leader Ayatollah Ali Khamenei, who has the final word on all major policy issues in the Islamic republic, including the nuclear dossier, threw his weight behind the nuclear team on Sunday.

“No one should see our negotiating team as compromisers,” Khamenei said, adding that they needed national support in their “difficult mission”.

But he also said a breakthrough in the talks was unlikely.

Should the talks fail to deliver, it could strengthen sceptics in the US Congress and Israel, as well as hardliners in Iran, all of whom have pushed for a more confrontational approach.

“Both the US and Iran have been able to successfully push back against their respective hardliners, but this will only increase the price of potential failure,” Vaez said.