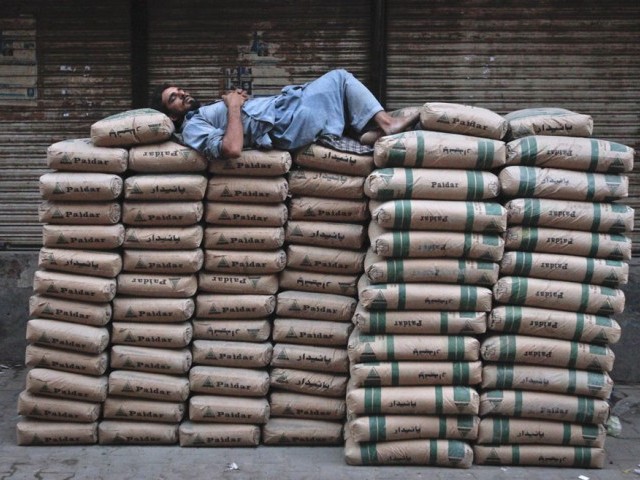 The cement sector showed a negative growth in the first four months of the current fiscal year as total sales in July-October period stood at 10.437 million tons, compared with 10.477 million tons in the same period last year, a decline of 0.39%.

Capacity utilisation remained at 70% due to heavy monsoon and Eid holidays.

A spokesman for the All Pakistan Cement Manufacturers Association (APCMA) said that in the first four months of 2013-14 local cement dispatches stood at 7.518 million tons, against 7.524 million tons dispatched during the corresponding period last year.

Cement exports were 2.919 million tons, compared with 2.953 million tons in the corresponding four months of last year, said the spokesman.

October turned out to be the second month this fiscal year when both local sales and exports declined.

“Total dispatches from cement units in October 2013 were 2.652 million tons, which were 4.16% lower than the dispatches during the corresponding period last year,” the spokesman added.

Local dispatches during October stood at 1.975 million tons compared with 2.086 million tons in the corresponding month last year, depicting a decline of 5.32%.

He said that the lower consumption could also be the outcome of higher taxes imposed in the budget and increase in transportation charges due to strict compliance with axle load restrictions on cement carriers.

He said that the continued depression in cement sales is putting pressure on the manufacturers. “When prices of all inputs including power, gas and diesel are increasing, it is essential for the industry to operate at higher capacities to reduce costs but due to lower GDP growth coupled with currency depreciation and lack of spending on Public Sector Development Programme the industry is not able to grow as anticipated,” he said.

“Export options are diminishing with Afghanistan facing uncertainties after the withdrawal of Nato forces in 2014 while the Indians are in no mood to remove barriers to cement exports despite a huge demand in Indian Punjab.”