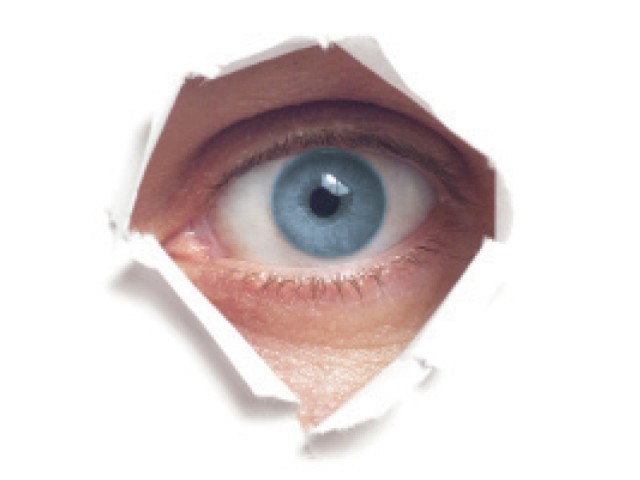 Silicon chips used in computers and various electronic devices have shrunk with astonishing speed over the past couple of decades. From slower devices spread over an area equivalent to a small living room, we have moved to faster ones less than a centimetre thick.

This decrease in size, though highly beneficial to professionals and students, has side effects as well. The size of surveillance gadgets has also shrunk, and though this might be good news for law enforcement agencies, their abundant availability in the open market is alarming.

“The sale of hidden cameras has increased manifolds in the last six months,” said Rashid, a shopkeeper in a bustling Rawalpindi market who said law-enforcement agencies have no checks in place to monitor or regulate their sale.

When Rashid says hidden, he means it. Rechargeable cameras capable of recording for several hours have been placed in things as small as tie-pins, key rings, cigarette lighters, coat buttons and pens and can be bought for as little as Rs1,000.

The spike in camera-equipped cell phone ownership also has drawbacks.

The recent Kohistan video incident proves things can go drastically wrong when seemingly innocent videos are uploaded to the internet. The fallout when videos are less innocent can be even worse.

In 2004, the owner of a dubious internet cafe in Rawalpindi installed cameras in the ceiling lights of cabins and recorded compromising videos of young men and women who patronised the establishment.

These videos were later used to blackmail the couples, while the compiled CDs were sent to Dubai, where they were sold for
about $100,000, according to reports published in 2004. Copies were also sold in Britain, US, France and Germany before finally making their way back home, where a gang got hold of them and tracked down the victims’ families.

Three of the girls involved in the scandal allegedly committed suicide, one was apparently killed by her father, and two got divorced. Meanwhile, the boys — some of whom belonged to prominent families — ran away from their homes.

Since then, social websites have grown into activity-sharing hubs that cater to billions each day and hidden cameras have evolved into plug-and-play USB devices — a dangerous combination. Police officials of various police stations said they regularly receive complaints of blackmailing through videos recorded using hidden cameras in the twin cities.

Some insist the country’s dire security situation demands private use of surveillance equipment at homes and offices, although from government-certified vendors.

“The government should urgently draft policies to regulate the open sale of surveillance equipment. The purpose and parameters of their use needs to be checked,” said Digital Rights Foundation Pakistan Director Nighat Dad. She said

to check the abuse of spy equipment, laws are needed to monitor their misuse. Interestingly, despite the presence of the much-criticised Fair Trial Act 2012 that authorises the government to intercept private communications in order to track suspected terrorists, law enforcement agencies have yet to be provided with the necessary gadgetry. Yet, a worrying number of ordinary citizens carry the 007-ish tools with them, leaving police officials annoyed by the government’s failure to adequately equip them.

“These spying devices should be in possession of the police and investigation agencies, but despite several announcements by higher officials, the police department has yet to be equipped,” said a Rawalpindi police officer requesting anonymity.

In the meanwhile, always remember to assume everything online — no matter how secure — can be accessed by the public, and then, the world is watching you.