To sir with love: Aga Khan III – a tireless advocate for female education

To sir with love: Aga Khan III – a tireless advocate for female education 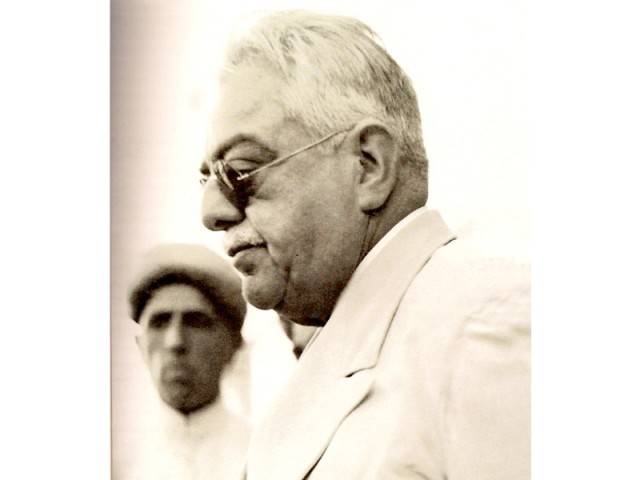 Sir Sultan Mahomed Shah Aga Khan III, born on November 2, 1877, was the 48th hereditary Imam of the Shia Ismaili Muslims. Through his intimate knowledge of diverse cultural traditions, he played a unique and significant role in the international affairs of his time, and his long public career had many dimensions.

A social reformer, whose concerns included the alleviation of rural poverty and the upliftment of women in society, he was an advocate of modern education and became an ardent supporter of male and female educational advancement in the subcontinent.

He established over 200 schools in the 20th century with the first Aga Khan School in Gwadar in what is now Pakistan. He laid the foundation of the education system being carried forward today by his grandson Prince Karim Aga Khan under the aegis of the Aga Khan Development Network (AKDN).

Following the footsteps of his illustrious grandfather, His Highness the Aga Khan in an interview to the BBC said, “I believe the message of Islam [is reflected in] the dignity with which we […] treat women in society…and I think it is correct that education dignifies women.”

This was not in any way different from Sir Sultan Mahomed Shah’s stance on female education. In 1945, he had said, “Personally, if I had two children, and one was a boy and the other was a girl, and if I could afford to only educate one, I would have no hesitation in letting the girl pursue higher education.”

Sir Sultan Mahomed Shah also played a pivotal role in making the Pakistan Movement a success by inculcating political awareness among the Muslims of the subcontinent. He strived hard for cultural renaissance, social regeneration and political rehabilitation of the Muslims. He realised that the main cause of the political backwardness of Muslims was due to their neglect of education, and to spread education among Muslims became an important part of his life’s mission.

Sir Aga Khan’s greatest contribution to the Muslims of the subcontinent was his role in the establishment of Aligarh University. The Aga Khan took upon himself the task of collecting funds to realise Sir Syed Ahmed Khan’s dream of starting this university. He increased the annual grant that he had been giving to the college for the last many years and promised to contribute a substantial amount to the University funds. He donated money in cash for scholarships to the most deserving students for foreign studies, which the trustees named the Aga Khan Foreign Scholarship.

In his presidential address at the Mohammadan Education Conference in Delhi, he said that he wanted to establish an institution capable of giving the Muslim youth not only the finest education in India, but also provide training of international standards.

At the young age of 25 years, because of his devoted services to the cause of Muslim education, Sir Aga Khan was appointed member of the Imperial Legislative Council.

To safeguard the interests of the Indian Muslims, the Aga Khan led a long and successful campaign for separate Muslim representation in the Indian legislature. On 1 October 1906, he led a distinguished delegation of 35 well-known Muslim leaders to Simla and presented a memorandum on behalf of the Muslims of the subcontinent.

In a historical address, he urged the British viceroy to accept and respect Muslims as a separate nation and give sufficient rights of representation both in the local bodies and in the Legislative Council.

Under Sir Aga Khan’s leadership, the Simla Deputation brought success and confidence for the Muslims of the subcontinent. The Muslim leaders felt the need to have a separate platform of their own — which led to the formation of the first Muslim political organisation. The All India Muslim League was formed in 1906 and Sir Aga Khan was chosen as its first president for seven years, from 1906-1913.

Sir Aga Khan was also chosen as the spokeman for the Muslim delegation to the Round Table Conferences where Allama Iqbal graciously spoke on the services of the Aga Khan for Muslims. “We have placed these demands before the conference under the guidance of Aga Khan whom we all admire and whom the Muslims of India love,” Iqbal had praised.

Aga Khan III also had the privilege to represent India at the Disarmament Conference. He was also unanimously elected as chairman of the League of Nations.

Decades after Sir Aga Khan’s initiatives to further education, the Aga Khan Development Network (AKDN) continues to reflect this approach in all its development efforts around the world and recognises women and girls’ education as a vital component to building respectful and stable societies.

Under the leadership of Sir Sultan Mahomed Shah, Aga Khan III, numerous institutions for social and economic development were established on the Indian subcontinent, in the words of the late Aga Khan, “for the relief of humanity”. They included institutions such as the Diamond Jubilee Trust and the Platinum Jubilee Investments Limited which in turn assisted the growth of various types of cooperative societies.

Diamond Jubilee Schools for girls were established throughout the remote Northern Areas of what is now Pakistan. Today, Aga Khan Education Service, Pakistan, operates hundreds of Aga Khan Schools reaching out to over 38,000 students and employs over 1,600 teachers all across Pakistan.

Sir Sultan Mahomed Shah passed away on July 11, 1957 and was laid to eternal rest in Aswan, Egypt. His grandson Prince Karim Aga Khan IV remembering his grandfather said, “My grandfather was a most gifted person. […] While the past was a book he had read and re-read many times, the future was just one more literary work of art into which he used to immerse himself with deep thought and concentration. Innumerable people since his death have told me how he foresaw the future, and this certainly was one of his great strengths.”