Actor talks about his role in the TV show and future projec­ts.
By IANS
Published: November 1, 2013
Tweet Email 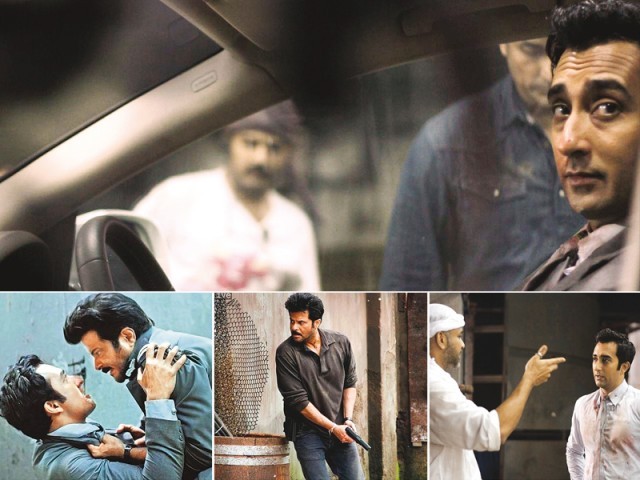 NEW DELHI: The desi version of American thriller TV series 24 has a star-studded cast with names such as Anil Kapoor, Mandira Bedi, Shabana Azmi, Anupam Kher, Rahul Khanna and many more. And for Khanna, the show has been a game changer for television due to its stylised sequences and gripping storyline.

“It’s terribly exciting to be a part of a project like this, of course! I was a huge fan of the original 24, and the Indian version has emerged as a game-changer for TV. I’m so proud to be a part of it,” Khanna said.

He will enter as an investment banker, whose name crops up during investigations by protagonist Jai Singh Rathod, played by Anil Kapoor, who is also co-producing it.

Khanna admitted that he always harboured a desire to play a mysterious character – something close to what he plays in the show.

“I’ve always wanted to play a character with an air of mystery and shades of grey,” he said. “And I must say, although it was a difficult shoot – long shooting of days and a tough action sequence filmed in the middle of Bombay’s monsoon – it was still a lot of fun to do.”

While many value the length of screen time, Khanna attributes more significance to the kind of role he gets to play. If he played important roles in movies like Earth and Hollywood Bollywood, the actor did cameos in commercial movies like Love Aaj Kal and Wake up Sid.

“It’s not so much about the length of the role, but rather, its importance in the narrative and getting to be a part of an exciting project. If the role has the potential to make an impact, the length makes less of a difference,” he said.

The 41-year-old is in pursuit of new genres. “There’s nothing I love more than acting in films. I am always on the lookout for new and exciting projects,” he said.  “For me, part of the joy of being an actor is the opportunity to work in as many different genres as possible. I look forward to being part of more full-blown commercial films as well as more independent ones.”

The actor disagrees with the general opinion that he has not done too many commercial films.

“Most people think I shy away from mainstream Bollywood cinema but that couldn’t be further from the truth. The fact is, I’ve actually worked with some very masala film-makers, including producers Raj Kanwar in Raqeeb and director Vikram Bhatt’s Elaan,” he said.

On the movies front, the actor is looking forward to the release of his film Fireflies, which is said is “a cool, indie film”.

“It’s a simple, poignant story about love, loss and redemption. It’s set between the present scenario in Mumbai and the tea plantations of Ooty in the ‘80s. It centres around two brothers and a tragic incident from their childhood that has coloured their relationship,” he said.