With a theme centre­d on women, social norms and a promis­ing Pakist­an, Sabiha Sumar's film is a master­piece.
By News Desk
Published: November 1, 2013
Tweet Email 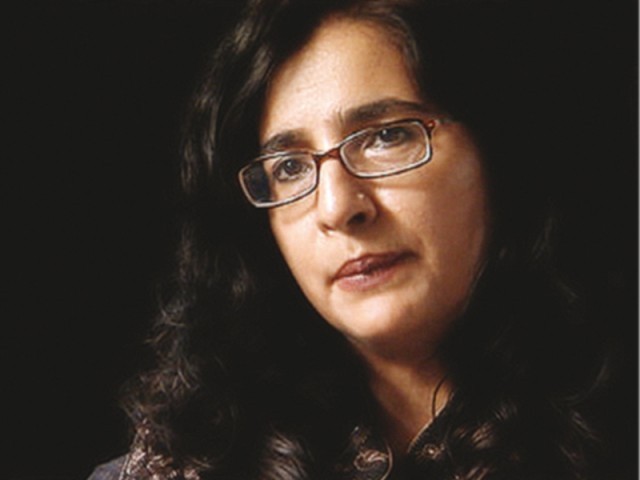 In a country marred with disillusionment, cinema that rejects the often magnified negative image of Pakistan is always welcome. Through her recent film Good Morning Karachi, Pakistani film-maker Sabiha Sumar does just that – she depicts the vibrant youth, who dare to diverge from societal norms and attempt to harmonise the forces of tradition and modernity in a resilient Pakistan.

Inspired by a novella titled Rafina, written by Shandana Minhas, Sumar adapted the story and placed it in the year 2010 in Karachi. The film is set at a time when the country was experiencing a political transition following the return of politician Benazir Bhutto, reports the Indian Express.

Primarily shot in Karachi’s Akhtar colony, which is mainly a lower middle-class suburb, the story revolves around a woman named Rafina (Aamna Ilyas). Determined and strong, she wants to establish herself as a model in the stigmatised Pakistani fashion industry. “This film is about the youth realising their dreams and it is a very real portrayal of the changes in Pakistani society at present. It’s a coming-of-age-story about the young men and women in the country,” said Sumar. While the female protagonist represents modernity, the other character Arif (Yasir Aqueel), aspires to make a visionary change through political action.

Good Morning Karachi premiered in India at the 15th Mumbai Film Festival. This is Sumar’s second feature film after Khamosh Pani (2003), which bagged a multitude of awards and also had a women-centric theme. “My stories tend to have a lot of women because I have worked with women writers. Moreover, being a woman, these are issues that I can relate to,” the film-maker proclaimed.

With greater funding avenues, Sumar feels that this is a good time for film-makers in Pakistan to produce work. “The country paid a price for putting down the arts. And now, we see the opening up of Pakistani cinema,” said Sumar.