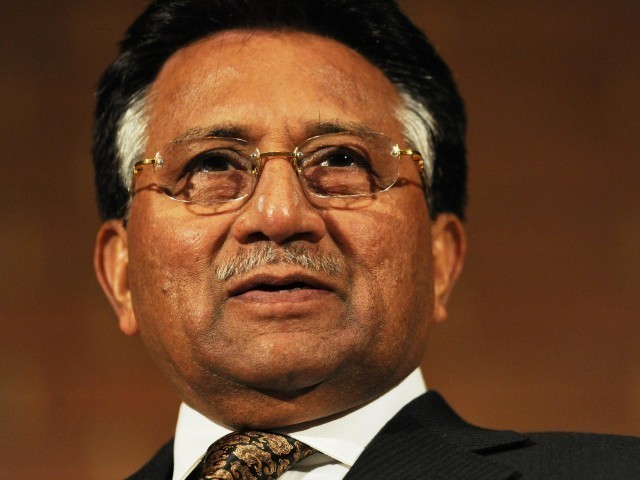 Pervez Musharraf was under arrest soon after being granted bail in three other cases. PHOTO: AFP

ISLAMABAD: Former president and dictator Pervez Musharraf was nominated under Section II of the police report after the joint investigation team completed its investigations for the ‘Lal Masjid’ murder case, Express News reported on Wednesday.

Musharraf was recently placed under arrest again on charges of murdering prayer leader Abdul Rasheed Ghazi in the infamous ‘Lal Masjid operation’ of 2007.

The report has Musharraf’s name placed in Section II, which pertains to those accused of assisting in a crime as opposed to having directly perpetrated it.

Munawwar said that the police team had recorded statements by Musharraf along with input from witnesses.

However, the petitioner Haroon Rasheed Ghazi was not able to provide any solid evidence against Musharraf. Hence, Musharraf could not be blamed directly.

The court’s final decision on the case will be announced on Friday, Nov 1.