Mullen says Pakist­an has pledge­d to go after milita­nts the US wants in in North Waziri­stan.
Published: October 14, 2010
Tweet Email 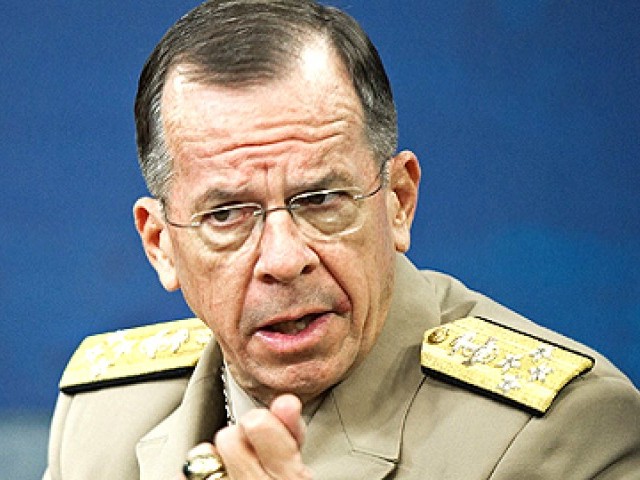 Pakistan’s army has pledged to go after militants the US wants targeted North Waziristan, an area harbouring al Qaeda that has become “the epicentre of terrorism,” President Barack Obama’s top military adviser said on Bloomberg Television.

Chairman of the US Joint Chiefs of Staff Admiral Mike Mullen said his Pakistani counterpart, General Ashfaq Parvez Kayani, has given assurances he will mount an offensive the US has long called for in North Waziristan along the Afghan border.

Muller cited as evidence for his optimism Pakistan’s offensives against the Taliban and related groups elsewhere in the country during the past one and a half years.  “He’s committed to me to go into North Waziristan and to root out these terrorists as well,” Admiral Mullen, said in an interview on Bloomberg Television’s ‘Conversations with Judy Woodruff’ to be broadcast this weekend. “He clearly knows what our priorities are.”