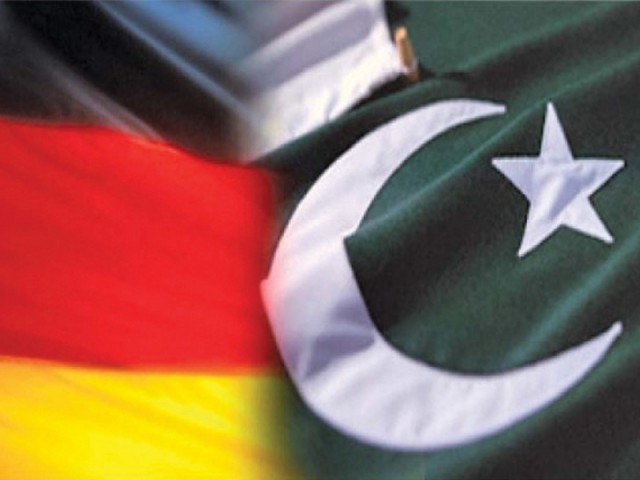 $2b is the annual trade between Pakistan and Germany, which needs to be substantially increased. CREATIVE COMMON

As the European parliament is going to consider Pakistan’s request for duty-free access to its markets, Germany – Islamabad’s biggest European trading partner – has provided its support for the country’s bid to qualify for the trade preferences scheme.

“Germany’s position on the Generalised Scheme of Preferences (GSP) Plus is known and it supports Pakistan’s application,” said German Ambassador to Pakistan Cyrill Nunn while speaking at a press conference here on Friday.

He said the European parliament would consider at the beginning of next month the GSP Plus package for 10 countries including Pakistan and the ball was in its court. The European Commission has already approved the package that will allow the 10 developing countries to export their products without any duties.

The GSP Plus is granted to those countries that ratify and implement international conventions relating to human and labour rights, environment and good governance. The EU has been closely watching Pakistan’s human rights record and also fiercely opposes the death penalty.

Nunn held the media interaction just a couple of days before a 90-member Pakistan delegation comprising over 60 leading companies and headed by Punjab Chief Minister Shahbaz Sharif leaves for Germany to attend a conference.

The delegation will attend Pakistan Business Day conference in Berlin and Munich on October 30 and 31. It is being organised by the Pakistan German Business Forum in association with the German Embassy in Islamabad and the German Consulate General in Karachi.

The trip comes in the backdrop of meetings held between German Federal Foreign Minister Dr Guido Westerwelle and Prime Minister Nawaz Sharif in early June this year, in which they agreed on tangible measures to enhance bilateral cooperation.

Nunn said it would be the largest and highest-ranking Pakistan trade delegation in the history of bilateral relations. Germany had extended the invitation to all provincial chief ministers, he added. But only Shahbaz chose to attend the conference.

Many German multinational companies and medium-sized firms have registered for the conference, showing their interest in enhancing trade ties with Pakistan. This initiative would highlight the potential of Pakistan’s economy to German investors and at the same time bring relevant Pakistan companies together with business partners to Germany, he added.

With a trade volume of over $2 billion, Germany is Pakistan’s biggest trading partner in the European Union and the second biggest in the world followed by China. Over 40 German companies are present in the Pakistan market in different sectors such as engineering, energy, pharmaceuticals and logistics.

But Nunn said the volume was far below the potential. Germany’s trade with India was over $12 billion, with Malaysia $10.3 billon, with Thailand $10.8 billion and with Bangladesh double than that with Pakistan.

Nunn said last year there was a 10% increase in bilateral trade despite absence of any major initiative, adding German companies manufacturing mining machines were keen to do business with Pakistan.

He said the new government was taking encouraging economic decisions, particularly in the areas of energy and taxation. Its decision to hold an all parties conference on economy was also a welcome sign, he said.

Supporting normalisation of Pak-India trade ties, he stressed that opening borders for trade was very important and the European experience showed free trade between nations would lead to a win-win situation.

Pakistan could be a good place for setting up manufacturing units to serve neighbouring countries but it was linked with opening of borders, he said.