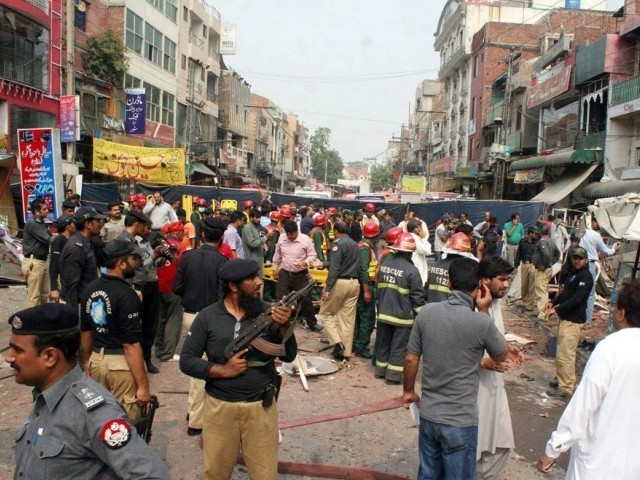 Police and rescue officials busy in rescue work after a strong bomb explosion outside a restaurant in the Anarkali area in Lahore. PHOTO: PPI

According to sources, the suspects have connections with the banned Balochistan Liberation Army.

The blast had occurred in a restaurant on October 10, claiming one life and injuring at least 16 others.

According to the restaurant owner, an unknown person had left a bag in the dining area prior to the blast.

On the same day, three other blasts took place in Karachi, Quetta and Peshawar killing at least a dozen people.