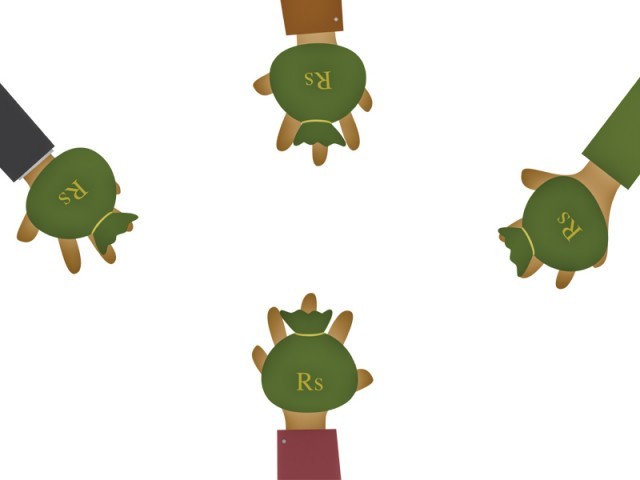 Crowd funding is a new phenomenon that emerged from the USA and now becoming a popular way of funding small and medium enterprises in a number of countries. DESIGN: ESSA MALIK

Like other countries, developed and developing alike, there has been huge emphasis on financial inclusion in Pakistan. A number of institutions (including charities and other businesses in the services and utilities sector) are using electronic media to raise and transfer money as part of their payments or credit systems. Many businesses, however, continue to use traditional channels to raise investments from general public, primarily in an unregulated way. One recent example of failure of regulation has been in the form of Mudaraba business scam in Pakistan, which caused investors to lose billions of rupees after being lured into investing in reportedly very lucrative businesses that were presented to financially unsophisticated general public.

Given the improvement in technology, there is a need to look into some traditional forms of savings and loan businesses with a view to regulating them for the benefit of all the stakeholders. Crowd funding is a new phenomenon that emerged from the USA and now becoming a popular way of funding small and medium enterprises in a number of countries. In Pakistan, “committee” system has existed for long to pool funds to save together and help members of the committee to have access to interest-free loans for a variety of purposes, primarily for household consumption but also for businesses and projects. It is interesting to see how this traditional form of savings can be used to develop a powerful financial inclusion tool in Pakistan.

First, a group of people contributes money to a common pool on a frequent basis (daily, weekly, monthly etc.);

Second, a draw takes place with the same frequency as that of the monetary contributions; Then one lucky member of the group whose name or number is drawn successfully receives a fixed amount of money, normally equal to or less than the common pool of contributions for the period for which the draw takes place; once a person wins, they cease to contribute further amounts for the period of the committee; other members of the group continue until their names are drawn successfully; the committee is wound up when all members of the group have received a fixed amount.

This is an interesting arrangement, as no one in the group suffers a total loss of the capital contributed by them. Everyone does receive a fixed amount, although some receive more than what they contribute and others receive less than their contributions. For example, if there are 100 members of the group each contributing Rs100 on a weekly basis, the total weekly contributions amount to Rs10,000. The total duration of such a lucky committee is 100 weeks. Normally the “lucky pot” is less than the amount collected. For simplicity, we assume that the lucky pot is Rs5,000, which is received by every winning member. Thus the winner in week 1 receives Rs5,000, while they contribute only Rs100. The last winner on the other hand receives Rs5,000, while they must have contributed Rs10,000 by that time. This actually means that all those who win in the first half of the duration of the lucky committee receive more than what they contribute while those who win in the second half contribute more than what they receive.

Another committee arrangement, mostly used by business people for their working capital financing, involves bidding for the committee pool. It works like this:

A group of traders and other businessmen agree to contribute a fixed amount on a frequent basis;

The pooled money is bid by the individual members on a frequent basis; The frequency of bidding may differ from the frequency of contributions (e.g., the contributions may be made on a daily basis while the bidding may take place on a weekly basis); The member who is willing to receive the lowest amount wins and claims the discounted pool; the successful bidders do not have any further right of bidding (i.e., they can receive money only once); all members including the successful bidders continue to contribute to the pool for the duration of the committee; once all the committee members have claimed the pool money, the committee ceases to exist.

This is an interesting arrangement. If the terms and conditions of the arrangements are spelled correctly, this arrangement can serve as a great tool for developing working capital financing products and indeed can also be used for crowd funding.

In Pakistan, Mudaraba business regulations already exist and it will be helpful if Securities and Exchange Commission of Pakistan (SECP) develops a framework allowing integration of features of committees and crowd funding into Mudaraba regulations. This integrated framework will serve the following purposes:

It can be used to develop a comprehensive infrastructure for development of social enterprises in the country. It can also be helpful in expanding the scale and scope of Mudaraba business, allowing Mudarabas to have outreach into communities at large, both in the urban centres as well as in rural areas. Needless to say that this will also improve financial inclusion in Pakistan where bank penetration remains very limited. It will also help in promoting Islamic finance in Pakistan.

The writer is an economist and a PhD from Cambridge University

Analysis: Why pro-poor strategies have failed