More Taliban could be removed from UN blacklist: US

More Taliban could be removed from UN blacklist: US 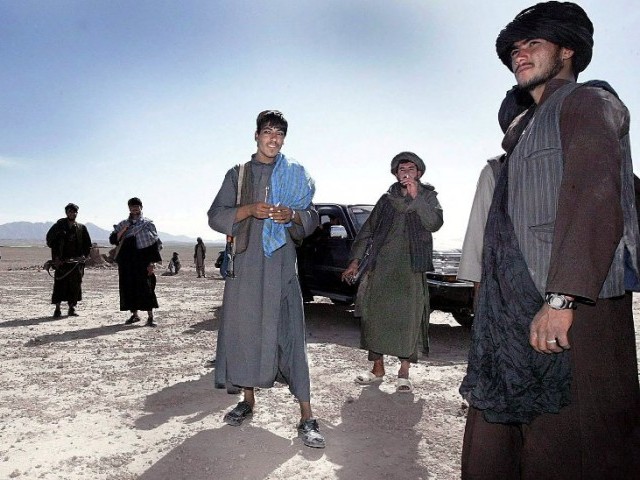 A file photograph showing Afghan Taliban in the central province of Oruzgan prepare to patrol the area on 12 April 2004 in the capital Tarin Kowt. PHOTO: EPA

WASHINGTON: The United States indicated Tuesday that it was open to the removal of more Taliban from a UN sanctions list in order to facilitate peace talks in Afghanistan.

State Department spokesman Philip Crowley told reporters the department had supported changes to the list in the past, and further adjustments were “certainly possible.”

He was responding to reports that a new Afghan peace council, newly set up to broker an end to the war with the Taliban, had proposed removing Taliban from a UN Security Council blacklist in order to promote reconciliation.

In August, the UN panel removed 10 Taliban along with 35 Al-Qaeda members and affiliates from its sanctions terror list after its first exhaustive review of 488 blacklisted names.

Individuals on the list are subject to having their assets frozen, a travel ban and an arms embargo.

Crowley, meanwhile, poured cold water on reports that members of the peace council had also proposed that Washington release Taliban members detained at the Guantanamo Bay prison in a bid to facilitate reconciliation.

“I would not connect our ongoing activity to work to close the facility at Guantanamo with the efforts at reconciliation and reintegration in Afghanistan,” Crowley said.

Backed by Afghan President Hamid Karzai, the High Peace Council intends to open a dialogue with insurgents who have been trying to bring down his government since the US-led invasion overthrew their regime in late 2001.

As part of his efforts to promote national reconciliation, Karzai had asked the Security Council to remove names of some Taliban members who were not linked to al Qaeda from the terror blacklist.