US set to release $1.6 billion to Pakistan: Report

US set to release $1.6 billion to Pakistan: Report 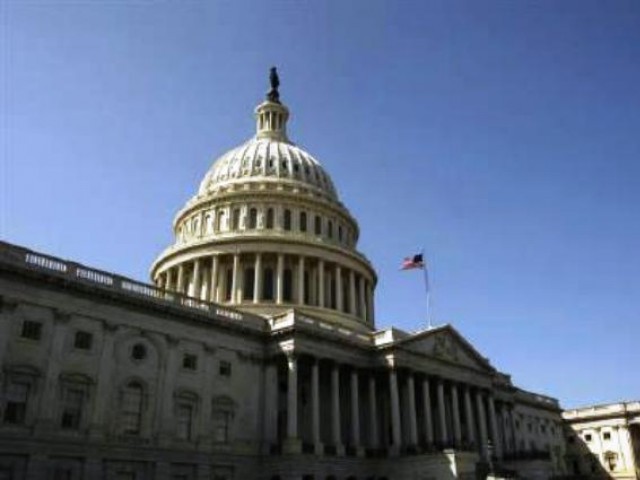 US funds will be released in 2014 and will be disbursed over a number of years. PHOTO: REUTERS/FILE

WASHINGTON: As prime minister Nawaz Sharif heads to Washington, US has decided to release more than $1.6 billion to Pakistan in military and economic aid, suspended since relations between the two countries went downhill in 2011, the Associated Press reported on Saturday.

Relations between Pakistan and US had soured after the latter unilaterally conducted a raid in Abbottabad to kill Osama bin Laden and then a attack on the Salala border checkpost following which Pakistan blocked US Nato supplies through its territory. However, after a brief freeze, relations have thawed.

On Friday, the State Bank of Pakistan confirmed it had received a $322 million payment from US under the Coalition Support Fund.

According to the Associated Press, US officials and congressional aides stated ties have improved enough to allow the money to flow again.

The thaw in relations has seen US and Pakistan restart of their “strategic dialogue” after a long pause.

Congress has cleared most of the money, and it should start moving early next year, officials and congressional aides said.

According to the report, State Department and the US Agency for International Development  had informed US Congress over three weeks in July and August about plans to restart assistance to Pakistan.

Most of the funds will be dedicated to helping Pakistan fight terrorism. Other funds focus on a range of items, including help for law enforcement and a multibillion-dollar dam in disputed territory.

The State Department told Congress that the US hadn’t conducted any significant military financing for Pakistan since the “challenging and rapidly changing period of U.S.-Pakistan relations” in 2011 and 2012. The department stressed the importance now of enhancing Pakistan’s anti-terrorism capabilities through better communications, night vision capabilities, maritime security and precision striking with F-16 fighter jets.

The department told Congress on July 25 that it would spend $295 million to help Pakistan’s military. Twelve days later it announced $386 million more. A pair of notifications arriving on August 13 worth $705 million centered on helping Pakistani troops and air forces operating in the militant hotbeds of western Pakistan, and other counterinsurgency efforts.

The administration had until the end of September to provide Congress with “reprogramming” plans at the risk of forfeiting some of the money, which spans federal budgets from 2009-2013.

The officials, who spoke on condition of anonymity because they weren’t authorised to talk about it publicly, said the money would start reaching Pakistan in 2014 but take several years to disburse fully.

The House Foreign Affairs Committee has cleared all of the notifications. The Senate Foreign Relations Committee is reviewing a $280 million chunk of military financing, Senate aides said. Aides spoke on condition of anonymity because they weren’t authorised to talk publicly on the matter, either.

“The committee held up the projects to get more information and express concerns,” said the office of Rep. Ed Royce, R-Calif., the House panel’s chairman. “Though they went forward, the committee continues its close oversight.”

Among the economic aid programs included in the US package, support for the Diamer-Basha dam near Pakistan’s unresolved border with India has the potential for controversy and tremendous benefit.

Pakistan’s government has been unable to secure money for the project from the World Bank, and the Asian Development Bank is waiting to hear from the United States and India before providing financing to help construction. The dam faces massive funding shortfalls.

In its July 24 notification to Congress, USAID said the project could cost up to $15 billion and take a decade to complete. The agency promised only to provide “financial and technical assistance” for studies, including on environmental and social aspects, while expressing hope the dam could be transformative for a country with chronic power shortages. State Department officials put the bill for the studies at $20 million.

If the dam were ultimately built, USAID wrote, it could provide electricity for 60 million people and 1 million acres of crop land, and provide a ready supply of water for millions more. It noted that Pakistani officials have sought American support at the “highest levels.”

Despite amounting to just a small portion of the overall US aid package, congressional aides said Pakistan’s government has lobbied particularly hard for the dam money to be unlocked.

Pakistan’s embassy in Washington refused to comment on the aid or say if Sharif would bring up any specific programs in talks at the White House.