The play will run every Sunday at 12:00pm till Novemb­er 3 for the genera­l public.
By Our Correspondent
Published: October 18, 2013
Tweet Email 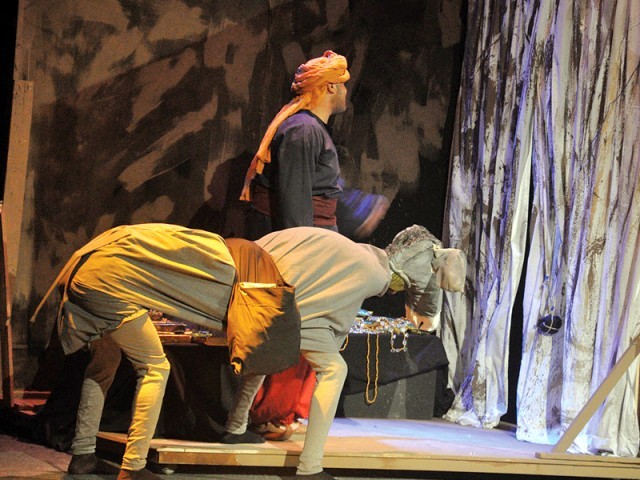 The play will run every Sunday at 12:00pm till November 3 for the general public. PHOTO: FILE

Despite meaty scripts and a faculty studded with the bigwigs of theatre and television, the National Academy of Performing Arts (Napa) has always suffered in terms of ticket sales. However, its latest offering Ali Baba Aur Chalis Chor, has become NAPA’s most well-received and highest-grossing play to date.

Veteran playwright Shoaib Hashmi’s translation of Ali Baba and the Forty Thieves was supposed to be performed for a day. Due to the overwhelming response from the audience, the play will run every Sunday at 12:00pm till November 3 for the general public. Sixteen shows of the play have been booked by schools, which run on weekdays. “We are surprised at the response,” Zain Ahmed, artistic director at Napa Repertory Theatre told The Express Tribune. “This tells you about the kind of demand there is for children’s entertainment in Pakistan,” he added.

Other than Ali Baba…, Court Martial, a courtroom drama, is being staged at Napa from Thursdays to Sundays at 8:00pm till October 20.

Get the look: Rockin’ Rilli