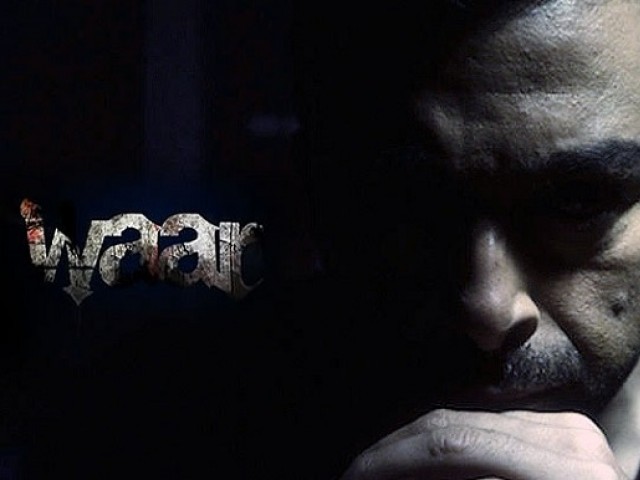 Some on Twitter are not pleased with the movie because of its overly-patriotic script. PHOTO: PUBLICITY

Not everyone was happy as Pakistan’s most anticipated movie of the year Waar opened on the first day of Eidul Azha, with some online terming it “ISPR-funded propaganda”.

The movie was released on 42 screens across Pakistan and beat the box office record for an opening day take of Rs11.4 million.

It is an action/thriller and drama film, written by Hassan Waqas Rana and stars Pakistan’s actors, Shaan Shahid and Shamoon Abbasi. The storyline has been inspired by the war on terror in Pakistan and its effects on the world, but with a stylised interpretation of it.

Though majority of the people are proud of having a Pakistani movie to cheer for this Eid, some said the script was sub par and functioned as propaganda.

Propaganda is one thing, and can be found in any 'wood'. I just wanted better scripting and continuity. And no accents FFS #Waar

So everyone is talking about #Waar being sponsored. Where is the evidence of official support? Any announcement? Acknowledgements? #Pakistan

Others believed Waar was perfectly acceptable – propaganda or otherwise.

#waar has cliches but so do Indian movies v go 2 c- whether you like the film or not, watch it for the sake of supporting local talent

#Waar A perfect movie, reignite the love for country, we need more movies like that for the survival of film Industry pic.twitter.com/JVchDNjGT9

What the director said

In 2012, Waar Director Bilal Lashari had told The Express Tribune that the “ISPR has no involvement in Waar. Hassan Waqas Rana, the writer and executive producer has funded this film. MindWorks Media did a project in the middle of Waar for the ISPR called the Glorious Resolve. There has been some confusion as some people thought the shoot for Glorious Resolve was actually for Waar.”