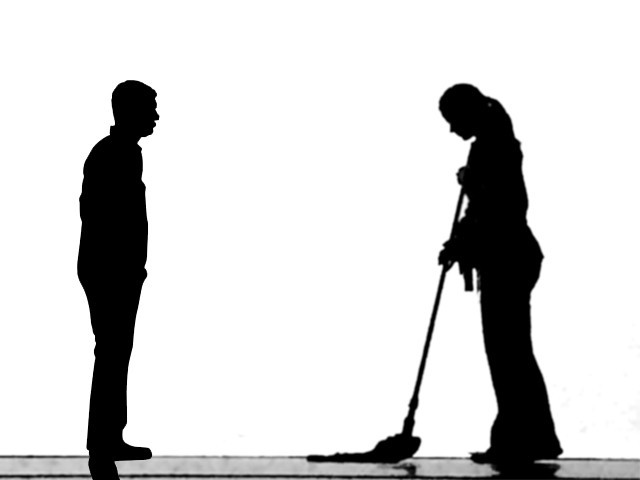 Some 2.1 million Pakistanis are thought to be enslaved, especially children and bonded labourers. DESIGN: MARIAM ESSA

Some 30 million people worldwide are victims of sex trafficking, debt bondage, forced labour and other forms of modern slavery, a global index on slavery showed on Thursday.

Here are key facts on the 10 countries with the highest prevalence of slavery per head of population, according to the Global Slavery Index 2013 by Walk Free, an Australia-based rights group.

Some 151,000 people – or almost 4 percent of the population – are thought to be slaves, according to the index. Estimates by other groups put the prevalence rate at up to 20 percent.

Most common is chattel slavery, meaning that slave status is passed down through generations.

Slavery has been outlawed in Mauritania since 1961 and trafficking since 2003. Forced marriage and debt bondage are not criminalised.

Haiti has around 209,000 slaves, fueled by high poverty, lack of access to social services and a system of child labour known as “restavek”, in which poor children from rural areas are sent to work with families in cities.

Rights groups say restavek children are often deprived of food, sleep and schooling and are physically, mentally and sexually abused.

A draft law on human trafficking is now before parliament that would make child trafficking a criminal offence.

Some 2.1 million Pakistanis are thought to be enslaved, especially children and bonded labourers.

The Asian Development Bank estimates that 1.8 million are in bonded labour, though some non-governmental organisations put the number far higher.

Many Pakistanis migrate to Gulf states, Iran, Turkey, South Africa and elsewhere in search of work, where they fall prey to unscrupulous labour agents who withhold passports and don’t pay wages.

With an estimated 13.9 million slaves, India is home to almost half the world’s slave population.

Almost all forms of slavery are prevalent, ranging from inter-generational bonded labour to sex trafficking, child labour and forced marriage.

Experts say India has excellent anti-slavery laws but enforcement is sporadic and inconsistent. It remains one of the few nations not to have ratified the Worst Forms of Child Labour Convention.

An estimated 259,000 Nepalis are enslaved, both inside the country and abroad.

About 90 percent of the 2.5 million Nepalis working abroad are undocumented, making them vulnerable to forced labour.

A crippled economy, endemic corruption and institutionalised ethnic and gender discrimination have created conditions for slavery to thrive since the end of Nepal’s decade-long civil war in 2006.

With an estimated 33,000 slaves, Moldova is mainly a source country for modern slavery.

Moldovans in Ukraine, Russia, the United States, Germany, Belarus and elsewhere are exploited in the sex industry, construction, agriculture and domestic work.

Moldovans have been trafficked for purposes of organ removal – although such cases have been on the decline.

Benin has some 80,000 slaves, mainly women and children trafficked into the sex trade, domestic work or forced labour.

The International Organisation for Migration says more than 40,000 children are trafficking victims. Most work on cotton or cashew plantations or as servants in houses.

Vudusi or “shrine slavery” persists, in which young girls are forced to live in and care for shrines, where many are habitually sexually abused, rights groups say.

Around 156,000 people are subject to forced labour and sexual exploitation.

Many children are forced into work in mining, agriculture, fishing, construction, domestic work and as street vendors and shoe-shiners.

A 2010 government report estimated more than 30,000 children were forced labourers in rural areas, many in the cocoa sector. Ivory Coast produces 40 percent of the world’s cocoa.

14,000 in Gambia are involved in slavery, mostly in domestic servitude and forced begging and prostitution, including child sex tourism.

UNICEF estimates some 60,000 children in Gambia are vulnerable to modern slavery, including orphans and street children.

With an estimated 13,000 slaves, Gabon is both a destination and transit country for victims of modern slavery.

Girls are mostly trafficked into domestic servitude or sex work while boys are trafficked for manual work.

Forced and child marriages are common, and some girls are coerced to work in restaurants or market stalls.

Correction: An earlier version of the article incorrectly noted in the headline that a tenth of Pakistanis were in bonded labour. The error is regretted.