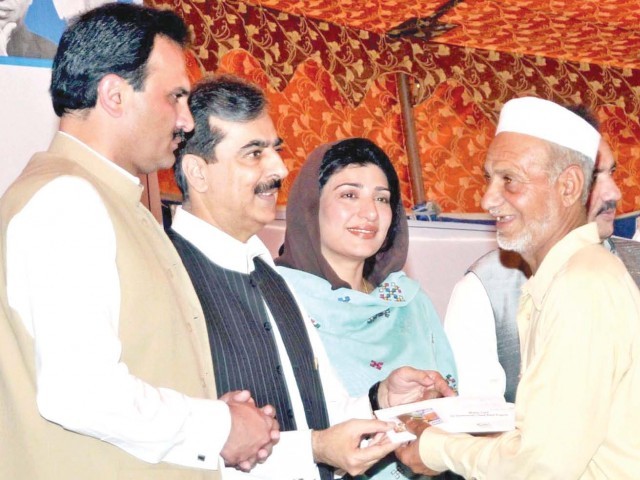 CHARSADDA: Prime Minister Yousaf Raza Gilani said on Tuesday that renewed Afghan efforts to make peace with the Taliban and end the nine-year war would fail without Pakistan’s help.

“Nothing will happen without us, because we are a part of the solution, we are not part of the problem,” Gilani said.

The prime minister said that the appointment of Deedar Hussain Shah as the new NAB chief is an administrative issue, not a constitutional one.

Addressing a ceremony after disbursing Watan cards to flood victims in Charsadda, the premier said that the new appointment has been made the same way as transfers and appointments of chief ministers are made in the provinces.

Ruling out mid-term and local bodies polls, the prime minister said that he has been hearing for the last two years that the government is falling but no such thing has happened.

“We are running the government under a lot of pressure. Had it been anyone else, they would not have been able to run the country for more than six months,” Gilani said.

He said that he respects the mandate and appreciates the intelligence of the public, who are the only ones able to bring a change in the system.

“Decisions cannot be made by just sitting in drawing rooms. The people have elected us for five years and we will complete our tenure,” he added, while condemning the unconstitutional steps of former president Pervez Musharraf’s regime of overthrowing an elected government.

He said that historical landmarks such as the 18th amendment, the NFC award and the Aghaz-e-Haqooq package were achieved during the tenure of the current democratic government, adding that PPP has achieved 80 per cent of the objectives listed in its manifesto.

He said that provinces will get their due rights adding that the people of K-P have stood against terrorism and the government will not let their sacrifices go in vain.

“We will work diligently for the flood victims of K-P and play our due role in their rehabilitation,” he said.

He said that the first priority of the government is to ensure health facilities to the poor, adding that through Watan cards they could be provided health insurance.

Govt to appeal against SC order