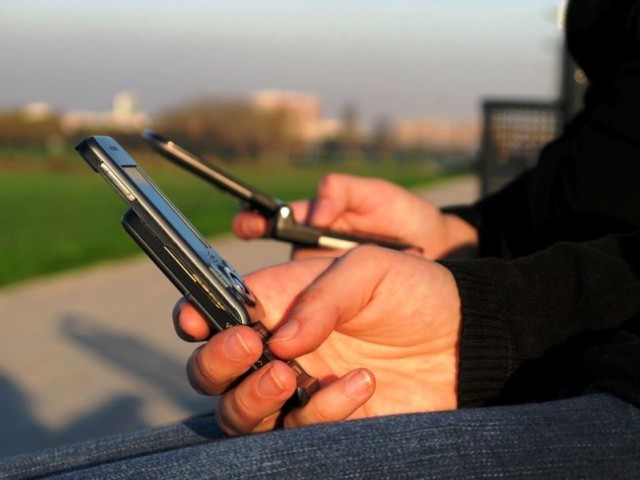 The police requested that services be suspended at least till the time Eid prayers are offered. PHOTO: FILE

In a statement, the interior minister said that he doesn’t want to inconvenience the general public by suspending cell phone services despite the security concerns.

His statement came shortly after Punjab police sent an application to the interior ministry asking for the suspension of cell phone services on the morning of the first day of Eidul Azha.

According to the request of Punjab Police, a shut down of cell phone services was sought from 6am to 11am.

“It was suggested that the services be suspended at least till Eid prayers are offered to ensure security,” he added.

The police said that if jammers are put in place outside mosques during the time of Eid prayers, it will help ensure security.

Interior minister Chaudhry Nisar Ali Khan had earlier said that mobile services might be suspended on Eid if the provincial governments demand it.

Earlier on Tuesday, a bomb planted in a microphone killed the governor of Afghan province Logar as he was giving a speech after Eid prayers.